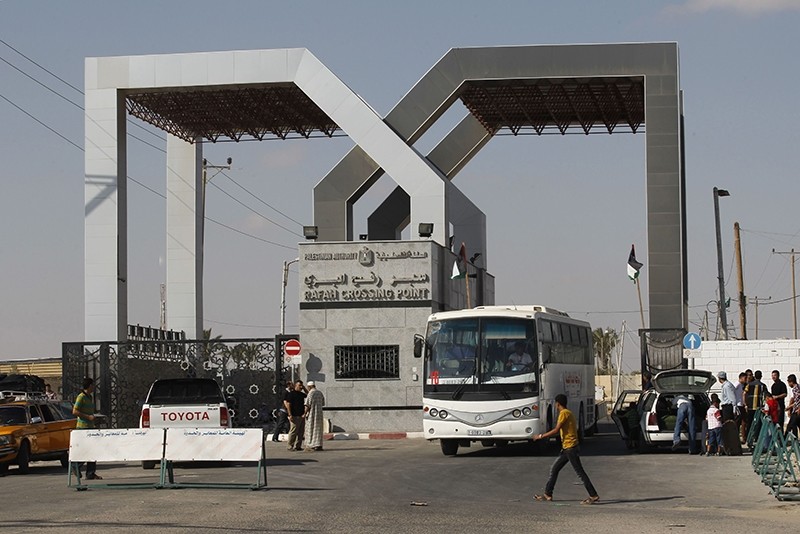 Israel has suspended fuel and gas transfers to the Gaza Strip until Sunday in retaliation against recent actions by Hamas, Israel's Defense Ministry confirmed Tuesday, as Egypt announced it has closed its Rafah border gate to the blockaded strip, completely severing its ties with the rest of the world.

In a statement from the Rafah Border Gate Press Office, Egypt said it will be closing its Rafah border gate with the Gaza Strip indefinitely.

The Kerem Shalom crossing between Gaza and Israel, which was already shuttered to commercial trade last week, was closed to gas and fuel transfers on Monday but will remain open for food and medicine deliveries, Israel's Defense Ministry said Tuesday.

The closures will exacerbate the humanitarian situation in the Gaza Strip — home to around 2 million Palestinians — which already faces severe shortages of fuel, electricity and water.

Israel is attempting to pressure the Palestinian group, which has ruled the Gaza Strip since 2007, to stop a wave of incendiary balloons and kites that have burned more than two dozen kilometers of Israeli land.

A Gaza fishing zone, a key source of income for a few thousand fisherman, will be reduced from six nautical miles to three, the ministry added.

Over the weekend Hamas and Israel exchanged heavy fire, with Israel saying more than 200 rockets and mortar shells were fired since Friday night.

Gazans have also carried out protests along the border with Israel in which over 130 Palestinians have been killed by Israeli forces in recent months. Israel accuses Hamas of using the demonstrations as a cover to carry out attacks on Israeli border communities.

Israel and Egypt have maintained a blockade of the coastal enclave since Hamas took control in 2007.

There are seven checkpoints to the Gaza Strip, six of which are under Israeli control. Refah, Gaza's only gateway to the world due to the Israel blockade, has often been closed since Egyptian President Abdel-Fattah el-Sissi seized power in July 2013.