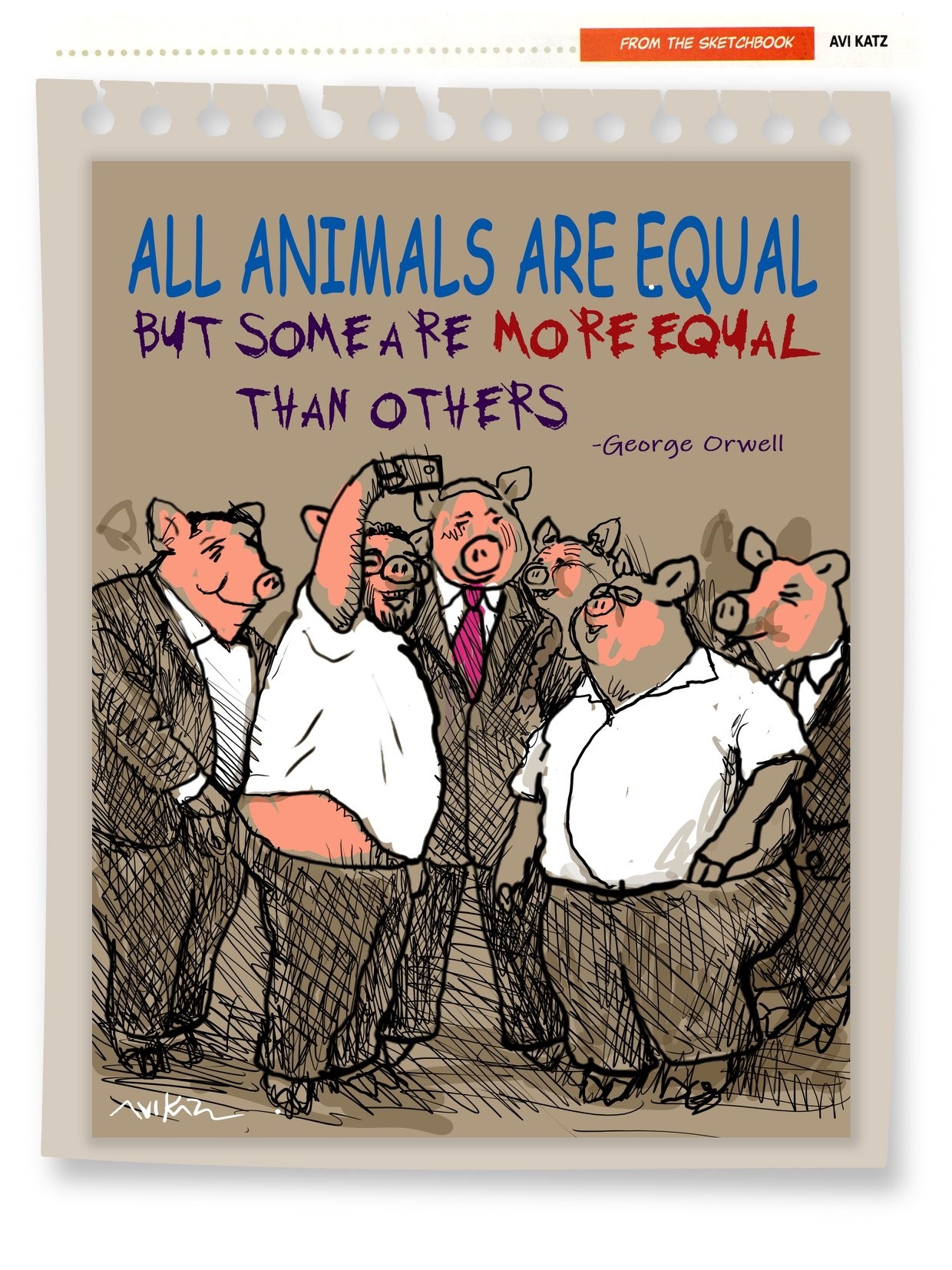 Cartoonist Avi Katz was fired from Israeli daily The Jerusalem Post after he depicted the country's Prime Minister Benjamin Netanyahu as a pig in a recent caricature, Israeli newspaper Haaretz reported Thursday.

The cartoon, a reference to "Animal Farm" by George Orwell, was published in Jerusalem Report magazine, which is owned by the Jerusalem Post.

The caricature mocks a photo of Netanyahu with a group of Israeli lawmakers taken during celebrations of controversial nation-state law's approval on July 19 in the Knesset by depicting them as pigs with a well-known quote from the book, "All animals are equal but some are more equal than others."


According to Haaretz, The Jerusalem Post said Katz was a freelance artist at the magazine and it was an editorial decision to discontinue the relationship with him.

Judaism, the predominant religion in Israel observed by some 80 percent of the population, prohibits the consumption of pork and depicting Jewish people as pigs is a controversial choice since it is considered a grave insult, which is also used by anti-Semites and far-right sympathizers targeting Jews all around the world.

Even though Katz received some criticism for his drawing from Jewish nationalists, he also received support from people saying his depiction should be considered a form of freedom of speech. 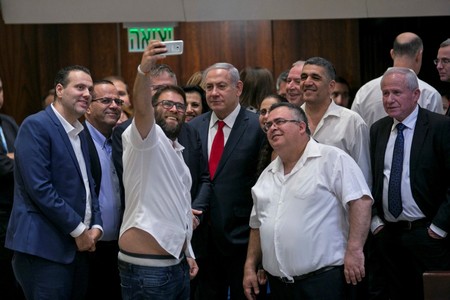 The Union of Journalists in Israel announced its support for Katz, saying that it considers The Jerusalem Post's decision as a serious issue, one that causes harm to a journalist for expressing an opinion. The union called for the newspaper's editors to retract their decision and reinstate Katz.

Israel's parliament approved a controversial piece of legislation on July 19 that defines the country as the nation-state of the Jewish people. The legislation received heavy criticism from around the globe for marginalizing the country's Arab minority and being undemocratic.

Published in 1945, "Animal Farm" is a novella by the British writer George Orwell. It tells the story of a group of barn animals who revolt against their vicious human master to establish their own democracy, only to submit to a tyranny erected by their own kind. The book criticizes socialism and dangers of consolidation of power in socialist systems by allegorizing the Russian Revolution.