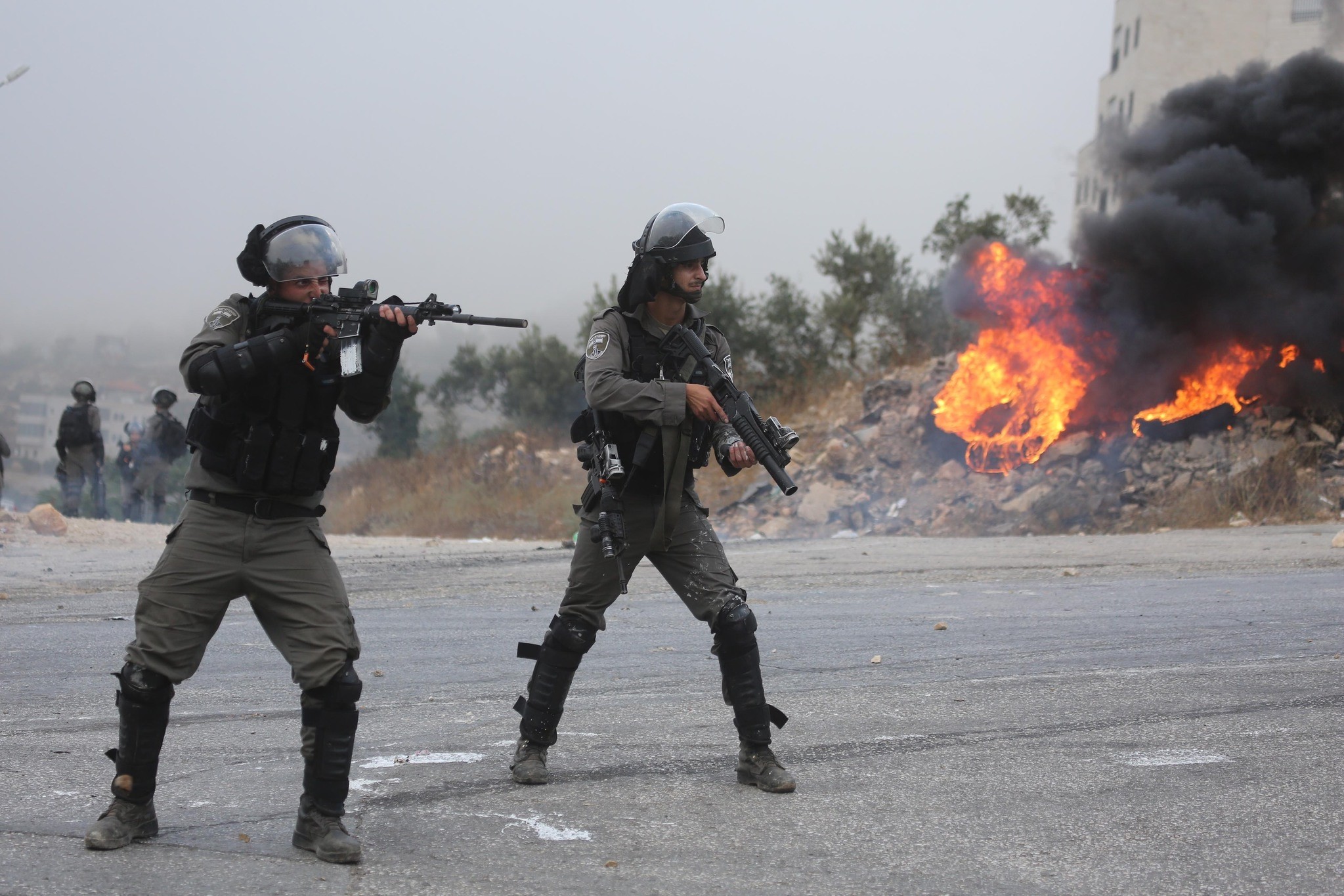 Israeli forces clash with Palestinians as Israel closes the entrances after they raid following the death of a stabbed Jewish settlement in occupied East Jerusalem in Kaubar Town, northern Ramallah, West Bank on July 27, 2018. (AA Photo)
by Anadolu Agency
Jul 27, 2018 12:00 am
The Israeli army has imposed a tight siege on the Palestinian village of Kubar near the West Bank city of Ramallah, eyewitnesses told Anadolu Agency on Friday.

According to witnesses, Israeli forces stormed the village and raided the home of Mohamed Yousef, a local resident who was shot and killed Thursday following an alleged knife attack that left a Jewish settler dead.

"After the army withdrew from the village, it imposed a tight siege around it," one witness recounted to Anadolu Agency.

On Thursday, Israeli forces shot and killed Yousef, 17, after he allegedly stabbed an Israeli settler to death -- and injured two others -- inside the Jewish-only Adam settlement near Ramallah.

In response, Israeli Defense Minister Avigdor Lieberman on Friday announced plans to build 400 new housing units in the settlement in which the alleged attack took place.

"The best response to terrorism is more settlement [construction] in Judea and Samaria," Lieberman tweeted, in reference to the Israeli-occupied West Bank.

"Therefore, I have begun plans to set up 400 [new] housing units in the Adam settlement to be approved by the planning committees in upcoming weeks," he added.