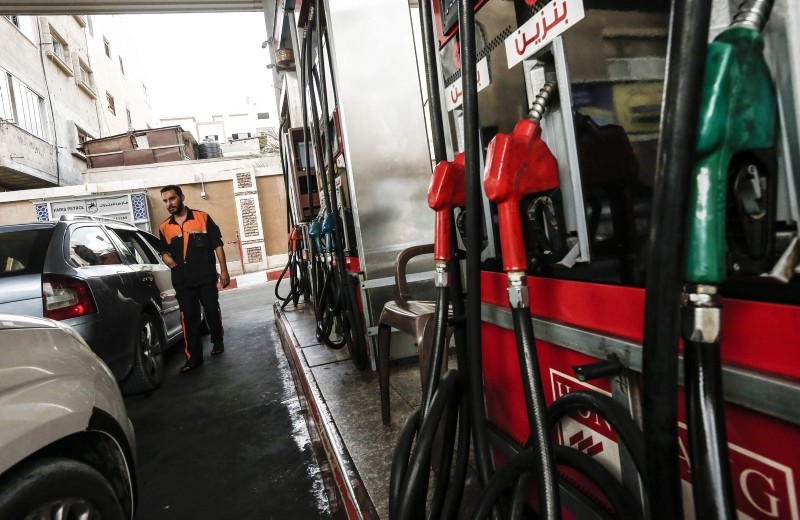 Cars queue at a gas station in Gaza City on August 2, 2018, hours after Israel's decision again to halt fuel shipments through its only goods crossing with Gaza. (AFP Photo)
by Compiled from Wire Services Aug 02, 2018 12:00 am

Israel reimposed a blockade on fuel deliveries to Gaza Thursday, citing a resurgence of kites carrying firebombs over the border and signaling a brief pause in tensions may be ending. The Israeli move came after two deadly military flare-ups in the Gaza Strip and a ceasefire brokered by Egypt and U.N. officials last month.

"The decision was made in light of the continued terror with Molotov cocktails and the friction on the fence," Lieberman's office said, referring to months of clashes along the Gaza border between the army and Palestinians, as reported by Agence France-Presse (AFP).

A previous ban on fuel deliveries last month had resulted in warnings from U.N. officials that emergency fuel supplies were running low and the shortage was beginning to affect hospitals and water sanitation.

Israel closed the crossing to most deliveries on July 9 in response to the firebombs and border tension before tightening the blockade to cover fuel on July 17. It lifted the fuel ban a week later. Deliveries of food and medicines have continued throughout.

Israel controls all access to and from the Gaza Strip apart from a single crossing with Egypt. That crossing, known as Rafah, had been kept largely closed in recent years, but Cairo opened it in mid-May, and it has remained open most of the time since then. The decades-long blockade exacerbated the humanitarian situation in the Gaza Strip, which already faces severe shortages of fuel, electricity and water.

Gaza has been on the brink of collapse after weeks of violence have left more than 13,000 Palestinians wounded, overwhelming an already disastrously weak health system, the International Committee of the Red Cross (ICRC) warned in late May.

Since 2007, the Gaza Strip has groaned under a crippling Israeli and Egyptian blockade that has gutted its economy and deprived its roughly two million inhabitants of many vital commodities, including food, fuel and medicine. In the long-embargoed enclave, the humanitarian situation has gotten worse each day.

Since the rallies along the security fence first kicked off on March 30, more than 130 Palestinian protesters have been killed and thousands more injured by Israeli army gunfire.

Protesters demand the "right of return" to their homes and villages in historical Palestine from which they were driven in 1948 to make way for the new state of Israel. They also demand an end to Israel's 11-year blockade of the Gaza Strip, which has gutted the coastal enclave's economy and deprived its roughly two million inhabitants of basic commodities. Israel was criticized by a U.N. human rights body for its killing of protesters in Gaza and treatment of Palestinians, declaring it a "war crime" under the Statute of Rome. The high casualty toll triggered a diplomatic backlash against Israel and new charges of excessive use of force against unarmed protesters.