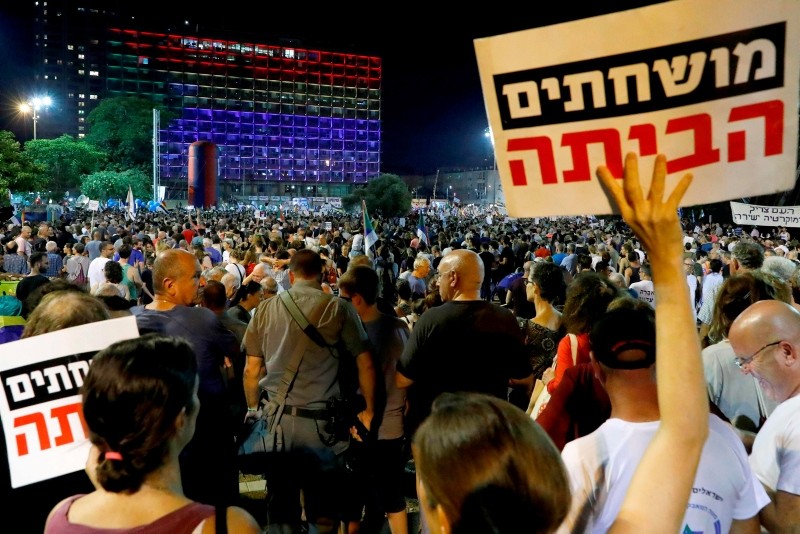 Members of the Israeli Druze community and their supporters wave their flags as they demonstrate during a rally to protest against the 'Jewish Nation-State Law' in the Israeli coastal city of Tel Aviv on August 4, 2018. (AFP Photo)
by Associated Press Aug 07, 2018 12:00 am

An Arab rights group in Israel has filed a petition with the Supreme Court against the country's new and controversial Jewish state law.

Tuesday's statement from Adalah, the Legal Center for Arab Minority Rights in Israel, says the law "has distinct apartheid characteristics" and denies "civil and national rights of Palestinians in their homeland." Adalah says it should be annulled.

The law, passed by parliament last month, defines Israel as the Jewish nation-state and downgrades the Arabic language to a "special status." Critics say it marginalizes the country's Arab minority, while supporters say it ensures the Jewish character of the state for generations to come.

Tens of thousands demonstrated against the law in Tel Aviv on Saturday, calling for it to be amended to ensure equality for the country's minorities.