Israel moves ahead with Gaza sea barrier amid ongoing blockade 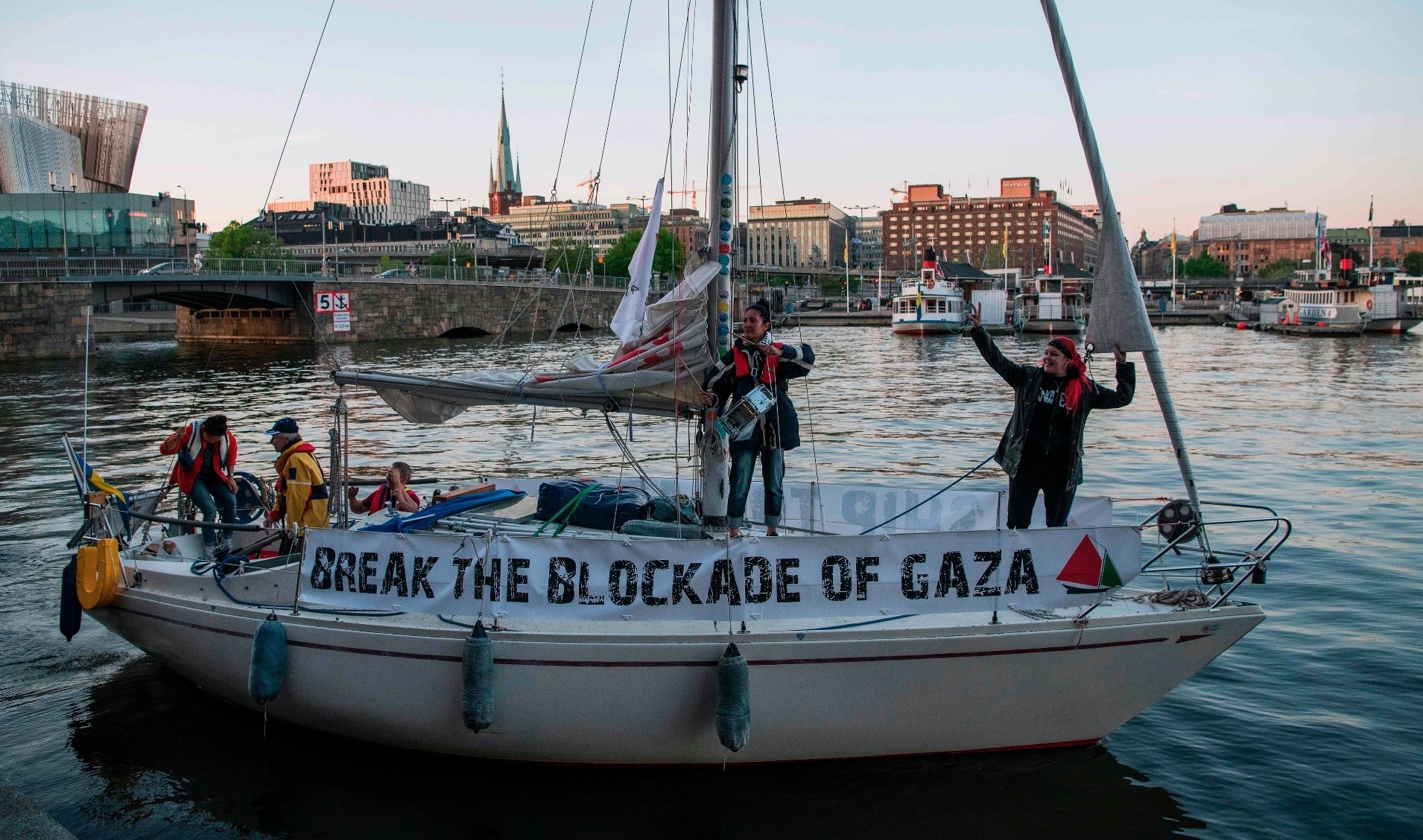 Amid the ongoing challenge to break the decade-long blockade of the embattled enclave, Israel continues its work to complete construction on its maritime barrier between Israel and the Gaza Strip

Israel's Defense Ministry released the first images of the barrier it has built along the border with the Gaza Strip that stretches into the sea, and which it began constructing two months ago. Built up with rocks and gravel, it stretches 200 meters from the shore into the Mediterranean. It is 50 meters wide and has a 6-meter high steel fence placed next to it facing the Gaza side which will have surveillance devices placed on it.

Israel started working on the sea barrier construction site at the northern Gaza Strip border in May. Israel expects to complete the barrier by the end of this year. The "new and impenetrable" barrier being built off the Zikim beach, a few kilometers north of Gaza, is in effect a fortified breakwater topped with barbed wire, the defense ministry said in an earlier statement.

Meanwhile, the third freedom flotilla set sail from Gaza into the Mediterranean on Sunday to challenge the decade-long Israeli blockade of the embattled enclave, a Palestinian NGO said.

The Israeli navy intercepted a Swedish-flagged activist boat bent on breaching its more than decade-long blockade of Gaza, the second in less than a week, the Israeli military said on Saturday. The 12 passengers are mostly from Sweden but also from Germany, Britain, Spain, France and Canada. They are in custody and will be put on flights home, a spokeswoman for the Israeli Immigration Authority said. The SY Freedom for Gaza was carrying mainly medical supplies and two of its passengers were journalists, said an organizer from a group named Ship to Gaza, which organized the trip.

"Ship to Gaza demands that those who have been taken prisoner and the ship and its cargo are returned to the location where the ship was boarded and are allowed to continue their journey in international and Palestinian waters unmolested, in accordance with international law," the group said in a statement, as reported by Reuters.

Four boats left from Scandinavia in mid-May and stopped in some 28 ports along the way, with two remaining behind after a recent stop in the Italian port of Palermo. On Sunday, the Israeli navy intercepted a Norwegian-flagged activist boat that was part of the flotilla.

Similar attempts by activists to challenge the Israeli naval blockade of Gaza have been foiled before. The most serious such incident was the infamous Mavi Marmara incident on May 31, 2010, in which nine Turkish activists were killed by Israeli forces in international waters while attempting to break the siege, and another Turkish activist died nearly four years later, succumbing to injuries sustained during the raid.

Since 2007, the Gaza Strip has groaned under a crippling Israeli and Egyptian blockade that has gutted its economy and deprived its roughly 2 million inhabitants of many vital commodities, including food, fuel and medicine. In the long-embargoed enclave, the humanitarian situation has gotten worse each day. The blockaded Palestinian enclave was heavily battered in July-August 2014 in a war between Israel and Hamas that killed more than 2,200 Palestinians and 73 people on the Israeli side. Its problems are exacerbated by a decade-old Israeli blockade. Since the rallies along the security fence first kicked off on March 30, more than 130 Palestinian protesters have been killed and thousands more have been injured by Israeli army gunfire.