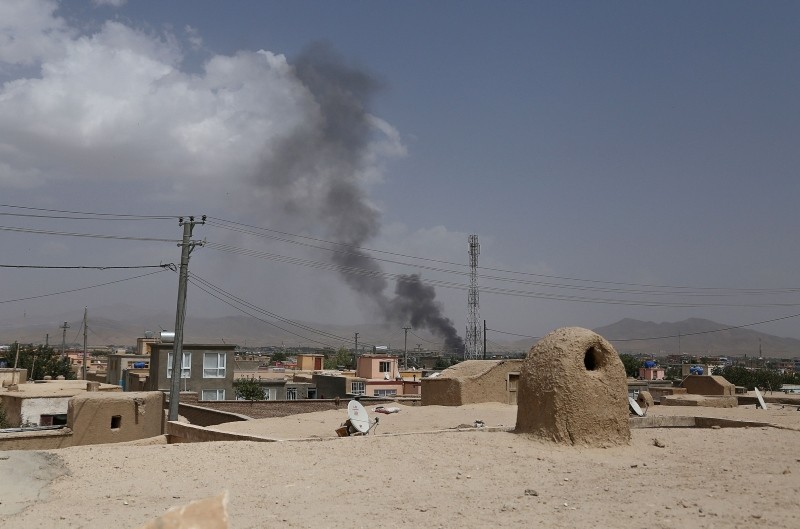 At least 80 Afghan security force members have been killed during three days of intense fighting with the Taliban in the strategically important city of Ghazni, a local official said Sunday.

Nasir Ahmad Faqiri, a provincial council member, said that according to initial reports the bodies were being transferred to the Ghazni city hospital.

Faqiri added that part of the police headquarters in the south-eastern city had caught fire as Taliban and Afghan security forces battled for control of the facility.

"The situation is very dire at the moment," Faqiri said, adding that only police and Afghan spy agency forces were battling the Taliban with no help from the army.

He said that despite the fact that army reinforcements were on the outskirts of the city, they have made no advance to move within.

This runs counter to claims by the Afghan Defence Ministry that reinforcements had arrived and are battling Taliban militants.

The fighting on Sunday came after claims by the Afghan government that it had made significant gains against the insurgents. The Interior Ministry had said Saturday the city would be cleared of insurgents by the end of the day.

The Taliban set fire to most government facilities and security posts, Mohammad Rahim Hasanyar, a senator from the province said, adding that the militants had also set ablaze mobile communication towers.

Hasanyar said that reinforcements from Kabul, the Afghan capital, had not moved past Rawza, a town located 1 or 2 kilometers north-east of Ghazni, the capital of the province of the same name.

All telecommunication services were shut down due to the clashes, and contacts with officials in the city could not be established over the phone. Local broadcasters have also stopped their activities.

Taliban militants stormed the city from several directions on Friday.

Ghazni is located on the highway linking Afghanistan's two largest cities, Kabul and Kandahar. An insurgent takeover of the city would mark a major defeat for the Afghan government.

The Taliban have been attacking various districts of the Ghazni province for weeks.

According to Faqiri, the district centers of Khawja Omari and Ajristan, both in Ghazni province, fell to the Taliban on Saturday night.

Faqiri claimed that Taliban used the Afghan forces' focus on the city to attack and capture the district centers.