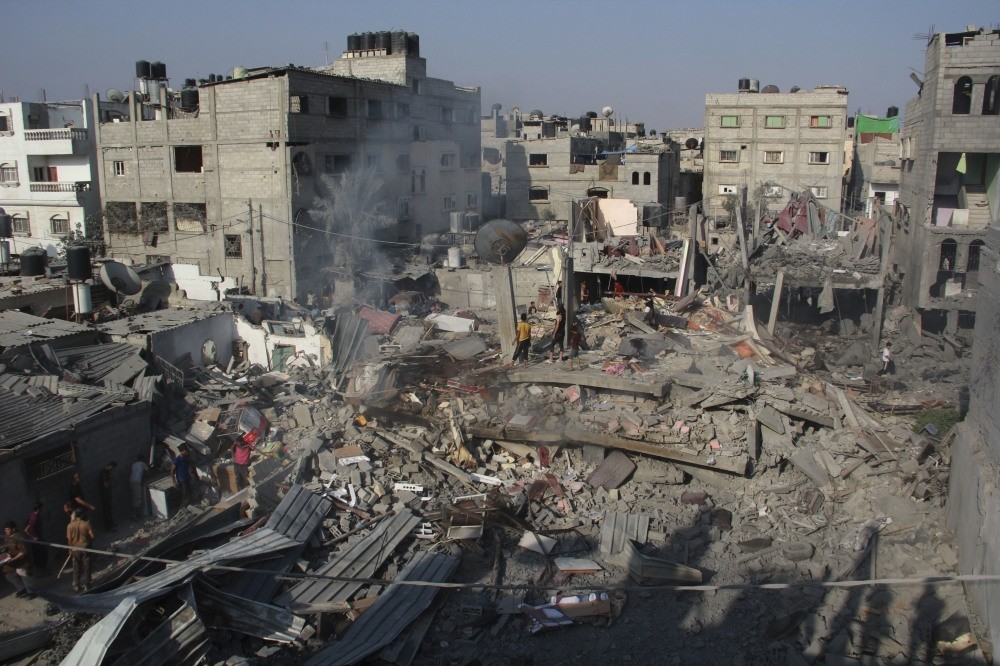 While truce talks with Hamas are progressing, Israel declared that it found no wrongdoing in an assault during the attacks on Gaza in 2014 that resulted in the deaths of more than 2,000 civilians

The Israeli military stated that there was no criminal wrongdoing in a single operation in Gaza during the 2014 war, where more than 2,000 civilians died, tens of thousands were wounded, and some neighborhoods of the city were razed. The statement came amid Israel's truce talks with Hamas under the mediation of the U.N. and Egypt in order to find a permanent solution for the decades-long conflict.

On Wednesday, the Israeli Cabinet approved a truce with Hamas fighters and opened the Kerem Shalom border crossing along with expanding the fishing zone from 3 to 9 nautical miles, easing the pressure on the Gaza residents.

In 2014, the Israeli army launched a military operation on Gaza with the claim that Hamas was carrying out terror activities, including the kidnapping of an Israeli soldier. However, the weeks-long operation cost the lives of thousands while destroying infrastructure, medical facilities and schools.

Several rights groups completed their investigations and accused Israel of committing war crimes for using disproportionate or indiscriminate force and failing to prevent the deaths of civilians. The Israeli investigation found that 72 civilians were killed in a particular attack on August 1, 2014 mistakenly. But in a statement, it said the actions had "clear and legitimate military purposes." "The MAG [Military Advocate General] did not find that the actions of the IDF [Israel Defense Forces] that were examined raised grounds for a reasonable suspicion of criminal misconduct," it said. "The MAG found that the IDF's policy with respect to the use of firepower during the fighting – whether by tanks, artillery and mortars, or from the air – accorded with Israeli domestic law and international law requirements."

Hamas remeased a statement, rejecting the Israeli probe. "This investigation is not reasonable and has no legal or political meaning or consideration," Hazem Qassem, a Hamas spokesman, told agencies Thursday. "The reason that the Israeli army said it was not a massacre is because it wants to escape from any future international cases that will be submitted to the international criminal court to sue the Israeli leaders for their crimes committed against humanity," he said.

The Amnesty International also rejected the report, saying there was 'strong evidence', proving that Israeli forces committed war crimes near Rafah border. During the assaults Amnesty said civilians had begun to return home as cease-fire had been declared. Yet, Israeli forces launched 'massive and prolonged bombardment began without warning while masses of people were on the streets.'

Israel made this statement at a time when the two parties are attempting to find a permanent solution to the crisis. Hamas, despite its certain reservations like the expansionist stance of Israel and the disputes within the Israeli Cabinet over Gaza, wants a cease-fire as Gaza residents' living conditions deteriorate day by day due to the embargo. If the Rafah border is opened and the embargo is eased, life in Gaza will have the opportunity to return to normal, at least to an extent. However, Israel's contradictory stance, like carrying out an operation in Gaza and killing civilians frequently or closing the probe for the 2014 attacks, has slowed down the process.

At the same time, the disputes between Hamas and the Palestinian Authority have not been resolved yet, as Palestinian President Mahmoud Abbas claimed Hamas was not sincere on unity, referring to the reconciliation process between the two parties in Gaza. According to the reconciliation process, Hamas will hand over Gaza's control to the Palestinian Authority and in return, elections will be held in six months.

Despite the fact that Gaza residents are in need of peace and reconciliation, the multiparty conflict has yet to come to an end. The residents are suffering under electricity shortages and a fuel crisis.