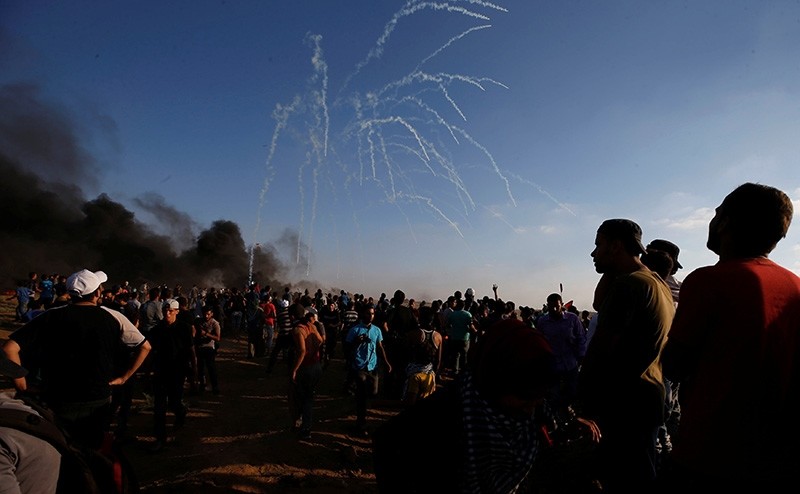 Tear gas canisters are fired by Israeli troops toward Palestinian demonstrators during a protest demanding the right to return to their homeland at the Israel-Gaza border, in Gaza Aug. 17, 2018. (Reuters Photo)
by Compiled from Wire Services Aug 17, 2018 12:00 am

The ministry named the dead men as Karim Abu Fatayer, 30, shot near the central Gaza Strip town of Bureij and Sadi Moamer, 26, killed near Rafah, in the south.

It said that both men were shot in the head.

Another 40 Palestinians were wounded by live bullets while 201 were suffocating after inhaling tear gas, Palestinian Health Ministry spokesman Ashraf al-Qidra said in a statement.

The Israeli military said it did not know of any deaths but that troops had opened fire in border incidents.

At least 171 Gazans have been killed by Israeli fire since late March, mostly during border clashes and protests.

They also demand an end to Israel's 11-year blockade of the Gaza Strip, which has gutted the coastal enclave's economy and deprived its roughly 2 million inhabitants of many basic commodities