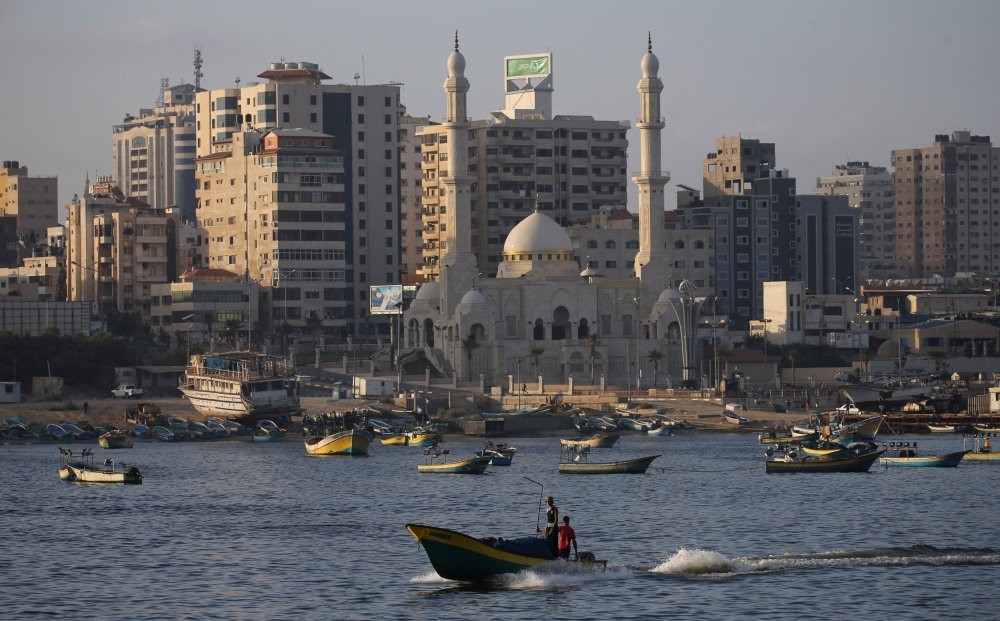 Israel and Egypt have imposed an economically crippling blockade on Gaza since 2007.
by Yusuf Selman İnanç Aug 18, 2018 12:00 am

Israeli and Egyptian media report that a deal between Hamas and Israel may be announced next week. In case the deal is signed, Gaza, currently an isolated region, can be involved in trade in the Mediterranean

Hamas and Israel are close to reaching a deal more than ever, according to the Israeli and the Egyptian media. Despite the disputes and recent Israeli attacks, the two parties seem to be determined to de-escalate tensions and end the current violence. Israeli daily Haaretz revealed the details of the prospected deal while the Egyptian media said Egyptian intelligence was mediating the indirect talks between Hamas officials and Israel.In fact, the first phase of the deal was put into effect on Wednesday, enabling the re-construction of the Gaza Strip under Qatari sponsorship and a prisoner swap, which has been one of the most sensitive issues for Israel. Speaking to Haaretz, Israeli officials said that the deal had six main clauses, which will be implemented gradually.First, there will be a comprehensive cease-fire and hence Israel will stop the aerial and border attacks while Hamas will not send burning kites or fire missiles that are generally made of any material available. Secondly, Gaza's border will be reopened as Gaza residents are trapped in the densely populated, tiny land. Fishing zones for Gaza's fishermen will be expanded. Israeli forces shoot fishermen in case they go farther than three miles. Medical and humanitarian assistance will be provided. Currently, Gaza residents suffer from lack of medical equipment and services. For instance, cancer patients cannot be treated, as there are no resources available. The issue of captive soldiers and missing civilians will be resolved. Most importantly for the future, a seaport and an airport may be built in Gaza.An Egyptian official told the agencies that the announcement would be made next week. "We are putting the final touches to the terms of the truce that will be signed by all sides, and we expect to announce the terms next week if Fatah helps us to do so," the source said, referring to the Palestinian President Mahmoud Abbas's mainstream party. Fatah seems to be reluctant over a resolution in Gaza with the fear that the ongoing reconciliation process with Hamas may be broken and that Hamas may gain upper hand in the talks. Abbas at the beginning of this week said Hamas was not serious on the unity. The reconciliation process foresees that Hamas will hand over the control to Fatah in Gaza and there will be elections in six months. Despite many positive steps taken, the two parties are stuck on certain issues.Gaza is located nearby Egypt's Sinai region where the Cairo administration continues an abated struggle against Daesh-affiliated groups. While Gaza is surrounded and Hamas is forced to respond to Israeli aggression, Egypt becomes unable to encircle the insurgent groups. Moreover, Gaza is like a barrier between Israel and Egypt. The Gaza issue is important for the two countries' relations. Yet, if the Gaza issue is resolved, the two countries' relations may adopt another stance, allowing the two to focus on other matters like the natural gas issue. A seaport and an airport near Gaza will create a positive effect on the trade in the Mediterranean Sea, as an isolated region will be finally be involved in the web of international trade.