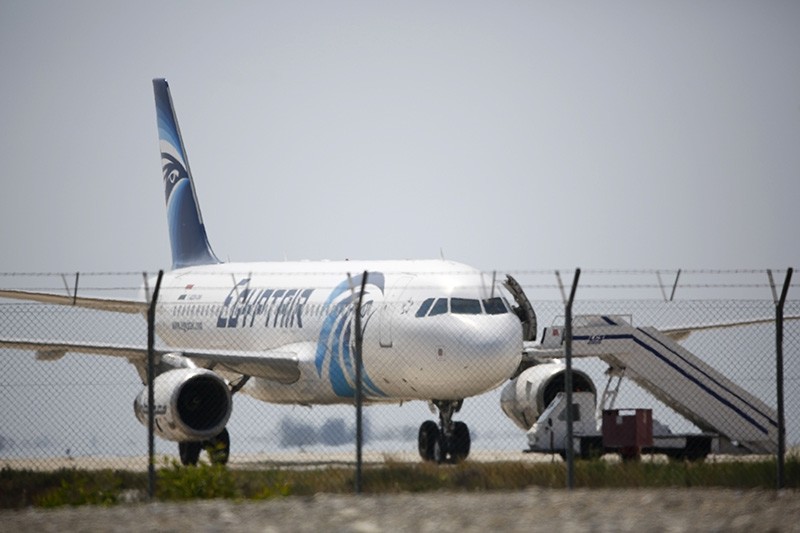 An Egyptian man accused of hijacking a plane and diverting it to Greek Cyprus has been sent back from the Mediterranean island to his homeland after a two-year extradition battle, officials said Sunday.

Egypt's attorney general said that Mostafa was being handed over to prosecutors in the country for further investigations.

State-run Al-Ahram newspaper reported that prosecutors in the city of Alexandria on Sunday ordered him held for a preliminary 15 days in custody.

Mostafa fought his extradition on the grounds he would not receive a fair trial in Egypt, but the Greek Cypriot supreme court dismissed his appeal against being sent home last year.

Mostafa's request for asylum was refused as Greek Cypriot authorities deemed him a "perpetrator of serious crimes."

During hearings, Mostafa described himself as a liberal who wanted democracy for an Egyptian people subjected to "abductions, disappearance, illegal detention and extrajudicial killings."

Mostafa said his motive for hijacking the domestic Egyptian flight was to seek asylum in Italy and tell the world about the "repressive" Egyptian government.

The justice ministry in Greek Cyprus said Mostafa eventually "expressed the wish to go back to his own country" and withdrew an appeal to the European Court of Human Rights that stayed the extradition.

"Egyptian authorities have given assurances that Mostafa will face legal procedures that comply with international standards," the ministry said.

According to Greek Cypriot police, Mostafa gave a voluntary statement admitting to the hijacking, which ended peacefully with his arrest.

Most of the 55 passengers were quickly released after the plane landed, but some escaped only minutes before the six-hour standoff finished.