US says forces to remain in Iraq as long as needed 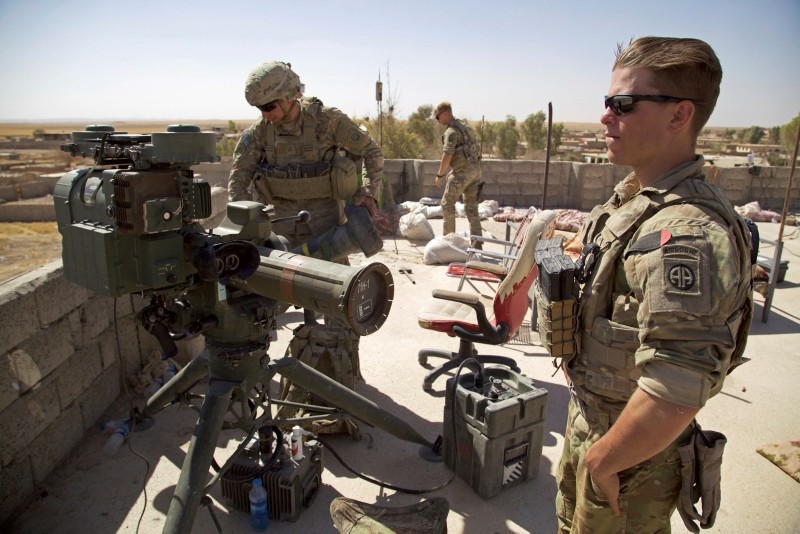 The U.S. forces will remain in Iraq as long as necessary, the U.S.-led coalition said spokesman said Sunday.

"We'll keep troops there as long as we think they're needed," Army Colonel Sean Ryan, a spokesman for the U.S.-led coalition against Daesh, told a press conference held in the United Arab Emirates capital Abu Dhabi.

"The main reason, after ISIS (Daesh) is defeated militarily, is the stabilization efforts and we still need to be there for that, so that's one of the reasons we'll maintain a presence," he added.

The number of American soldiers could go down however, depending on when other forces from the North Atlantic Treaty Organization (NATO) deploy to help train the Iraqi army, he said, adding that about 5,200 U.S. troops are currently based in Iraq.

NATO defense ministers agreed in February to a bigger "train-and-advise" mission in Iraq after a U.S. call for the alliance to help stabilize the country after three years of war against Daesh.

"Possibly, there could be a drawdown, it just depends on when NATO comes in and they help train the forces as well," Ryan said.

Iraq officially announced victory over the terrorists in December, five months after capturing their stronghold Mosul.

Daesh's presence has recently been purged from Iraq — by Iraqi forces and the U.S.-led military coalition — after the terrorist group overran much of the territory in northern and western Iraq in 2014.

The U.S.-led coalition was formed in 2014 upon a call of former president Barack Obama to dispatch to the region to help the Iraqi government in fights against Daesh.