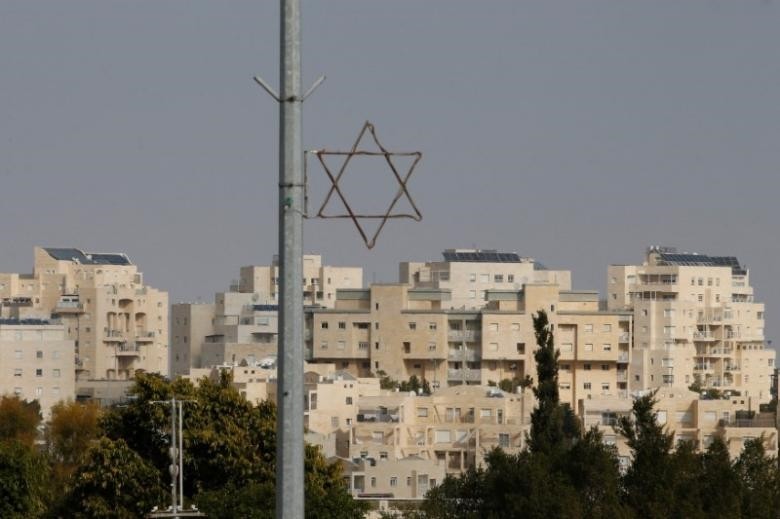 A general view shows a Star of David near buildings in the Israeli settlement of Maale Edumim, in the occupied West Bank December 28, 2016. (Reuters Photo)
by Daily Sabah with AA Aug 21, 2018 12:00 am

Israel on Tuesday announced plans to build 650 new settler units in the occupied central West Bank, according to Hebrew-language daily Israel Hayom. The so-called "settlements" are internationally recognized as illegal.

The new housing units will be built in the Jewish-only Beit El settlement, which is located adjacent to the West Bank city of Ramallah.

The new units are ostensibly meant to compensate Jewish settlers evacuated earlier from other illegal settlement outposts elsewhere in the West Bank.

According to Palestinian figures, more than 700,000 Jewish settlers now live in 196 settlements (built with the Israeli government's approval) and more than 200 settler outposts (built without its approval) across the occupied West Bank.

Israel's continued policy of unbridled settlement building is seen as the main obstacle to resuming Palestine-Israel peace talks, which broke down in 2014.