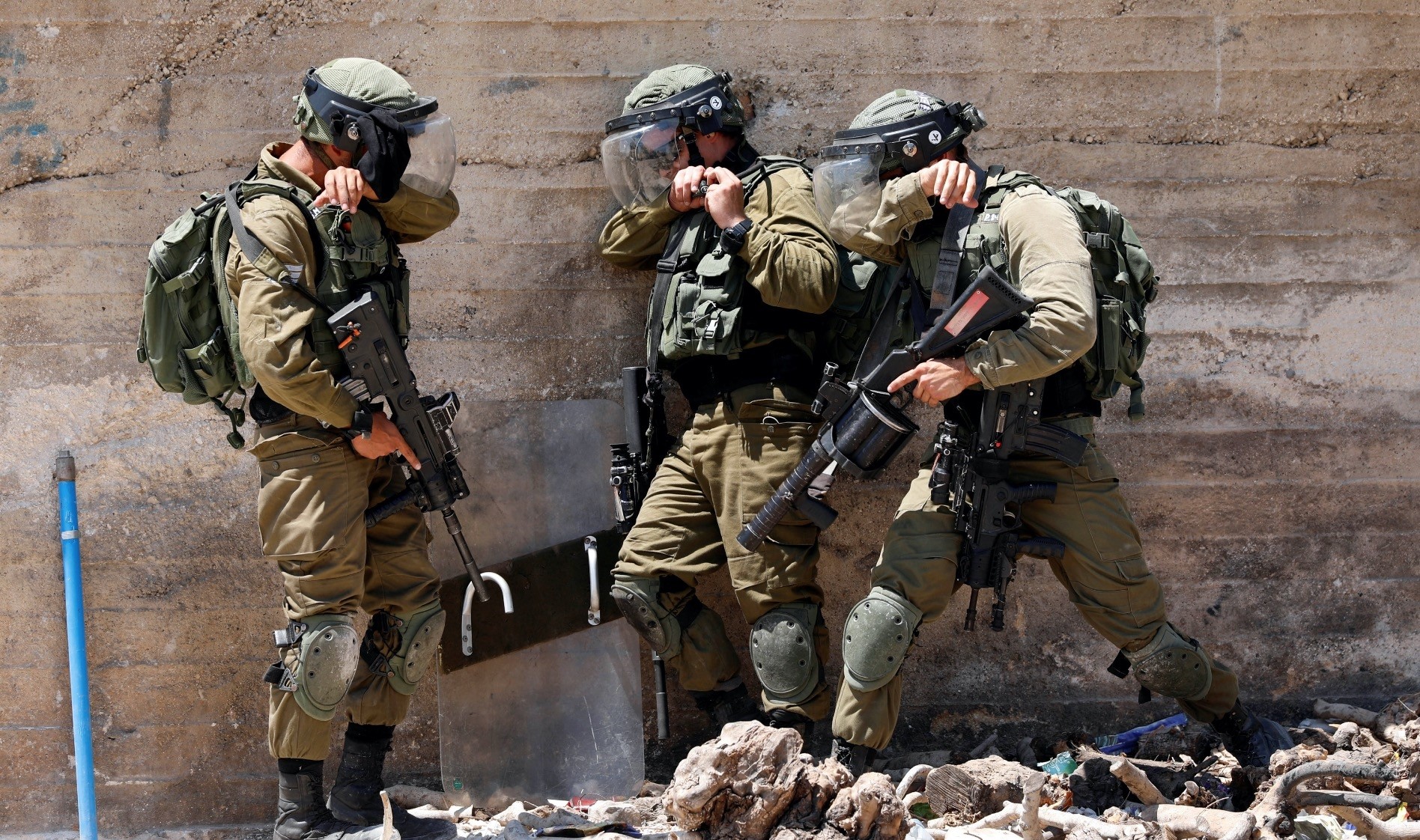 Israeli soldiers take cover during clashes with Palestinians in the occupied West Bank, Aug. 17.
by Daily Sabah with Wires Aug 21, 2018 12:00 am

The number of Israeli soldiers receiving psychiatric counseling has increased by 40 percent in the last decade, an Israeli report has revealed.

According to the report, last year, 47,000 psychological support sessions were given to Israeli soldiers who demanded psychological help due to the loss of mental health last year, the Israeli newspaper Haaretz reported. As more Israeli soldiers suffer from mental illness, every 6 men and 15 women soldiers demanded early discharge from their military commitment, the report said.

Israel and Palestinians in Gaza, including its Hamas rulers, have fought three wars since 2008, and tensions since late March have led to fears of yet another full-blown conflict. There have been three intense flare-ups since July. At least 171 Gazans have been killed by Israeli fire since late March, mostly during border clashes and protests.

The reason for the rise in demand for psychological support in the army was attributed to difficult socio-economic conditions and lack of motivation for military service in the country. However, according to the report, some officials in the Israeli army also say that the underlying reason pushing more soldiers into psychological support is the fact that greater numbers of soldiers are being assigned to special forces units.

In the face of growing mental problems, the army urged more support to prevent suicides. An Israeli army report revealed in 2017 that suicide was the main cause of death among Israeli Defense soldiers (IDF) as 15 Israeli soldiers committed suicide in 2016, the Times of Israel reported.

Israel has been criticized by a U.N. human rights body for its killing of protesters in Gaza and treatment of Palestinians, declaring it as a "war crime" under the Statute of Rome. The high casualty toll triggered a diplomatic backlash against Israel and new charges of excessive use of force against unarmed protesters. The Israeli army has killed 25 Palestinian children in the occupied West Bank and the blockaded Gaza Strip since the beginning of 2018, a human rights nongovernmental organization said earlier this month. In a press release, Defense for Children International-Palestine, which advocates for the rights of Palestinian children in the Israeli-occupied Palestinian territories, held the Israeli army responsible for the death of 25 children; 21 of those deaths in the Gaza Strip took place this year alone. It went on to assert that Israeli forces had deliberately killed minors with live ammunition. According to the NGO, this death toll includes 21 children targeted directly, 11 of whom were shot in the head or neck.