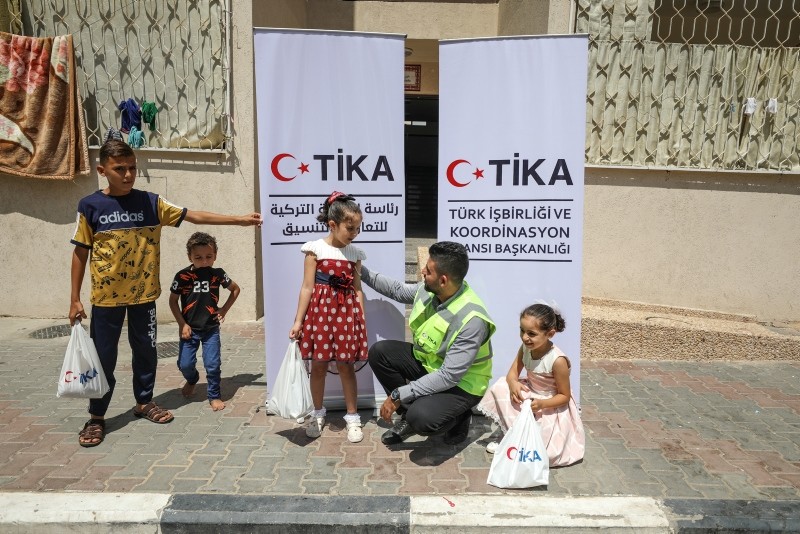 The Turkish Cooperation and Coordination Agency (TIKA) distributed meat on Thursday, the third day of the Eid al-Adha holiday, to 10,000 families in the Gaza Strip illegally blockaded by Israel.

In a statement, the agency said it was giving priority to Gazans that had lived in TIKA-built buildings since Israel's 2014 military onslaught, along with needy families in Gaza's southeastern village of Juhor al-Dik.

"TIKA will continue to carry out humanitarian activities [in Gaza], reflecting the Turkish people's support for the Palestinians," the statement read.

According to Gaza's Popular Committee against the Siege, the average daily income in Gaza now stands at a mere $2 -- due to Israel's ongoing blockade of the territory -- while a whopping 85 percent of the population currently lives under the poverty line.

In a related development Thursday, the Turkish Red Crescent distributed 700 bags of meat across the occupied Palestinian territories.

Ahmet Yasir Feten, a consultant for the Turkish Red Crescent, said the names of donors -- including that of President Recep Tayyip Erdoğan -- were read aloud when the animals were sacrificed.

Stressing that Palestine was of particular importance to the Turkish people, Feten told Anadolu Agency: "Steadily mounting pressure on Palestine has led to a struggle for some families."

Yiğit Olcay, head of the Turkish Red Crescent's Palestine delegation, thanked all the donors who contributed aid during this year's Eid holiday.

During the Eid, the Turkish Red Crescent carries out charity activities in 40 counties worldwide.