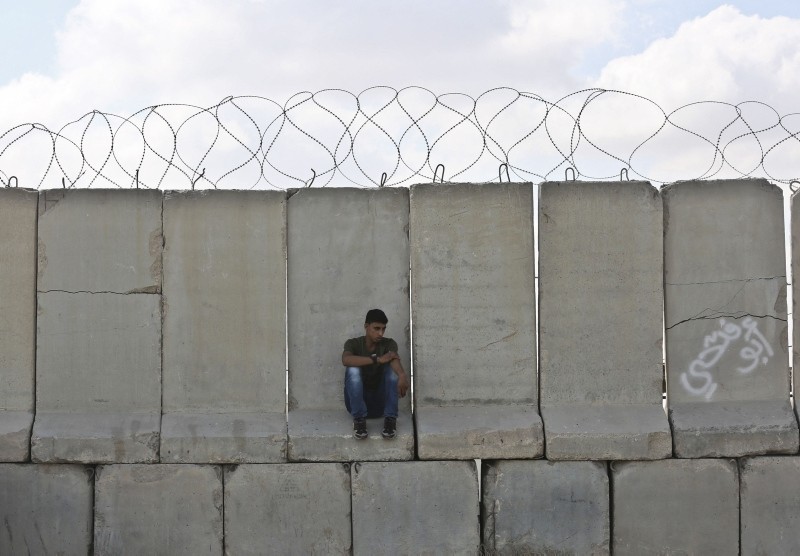 A Palestinian man sits on cement barricades as trucks carrying goods arrive at Kerem Shalom crossing in Rafah in the southern Gaza Strip on August 15, 2018.
by Associated Press Aug 24, 2018 12:00 am

The Trump administration has decided to cut more than $200 million in bilateral assistance to the Palestinians, following a review of the funding for projects in the West Bank and Gaza, according to U.S. officials and congressional aides.

The State Department notified Congress of the decision Friday, according to the officials and aides, who spoke condition of anonymity because they were not authorized to publicly discuss the move ahead of its formal announcement.

But in a brief, three-paragraph notice sent to lawmakers and obtained by The Associated Press, the department said it will redirect the money to "high-priority projects elsewhere." The move comes as President Donald Trump and his Middle East pointmen, Jared Kushner and Jason Greenblatt, staff up their office to prepare for the rollout of a much-vaunted but as yet unclear peace plan for Israel and the Palestinians.

"At the direction of President Trump, we have undertaken a review of U.S. assistance to the Palestinian Authority and in the West Bank and Gaza to ensure these funds are spent in accordance with U.S. national interests and provide value to the U.S. taxpayer," the State Department said in the notice.

"As a result of that review, at the direction of the President, we will redirect more than $200 million ... originally planned for programs in the West Bank and Gaza," it said.

"This decision takes into account the challenges the international community faces in providing assistance in Gaza, where Hamas control endangers the lives of Gaza's citizens and degrades an already dire humanitarian and economic situation," the notice said.

The notice did not give an exact amount of the funds to be cut, but says it is more than $200 million that was approved in 2017. The U.S. had planned to give the Palestinians $251 million for good governance, health, education and funding for civil society in the current budget year that ends Sept.30. But with just over a month to go before that money must be used, reprogrammed to other areas or returned to Treasury, less than half has actually been spent.