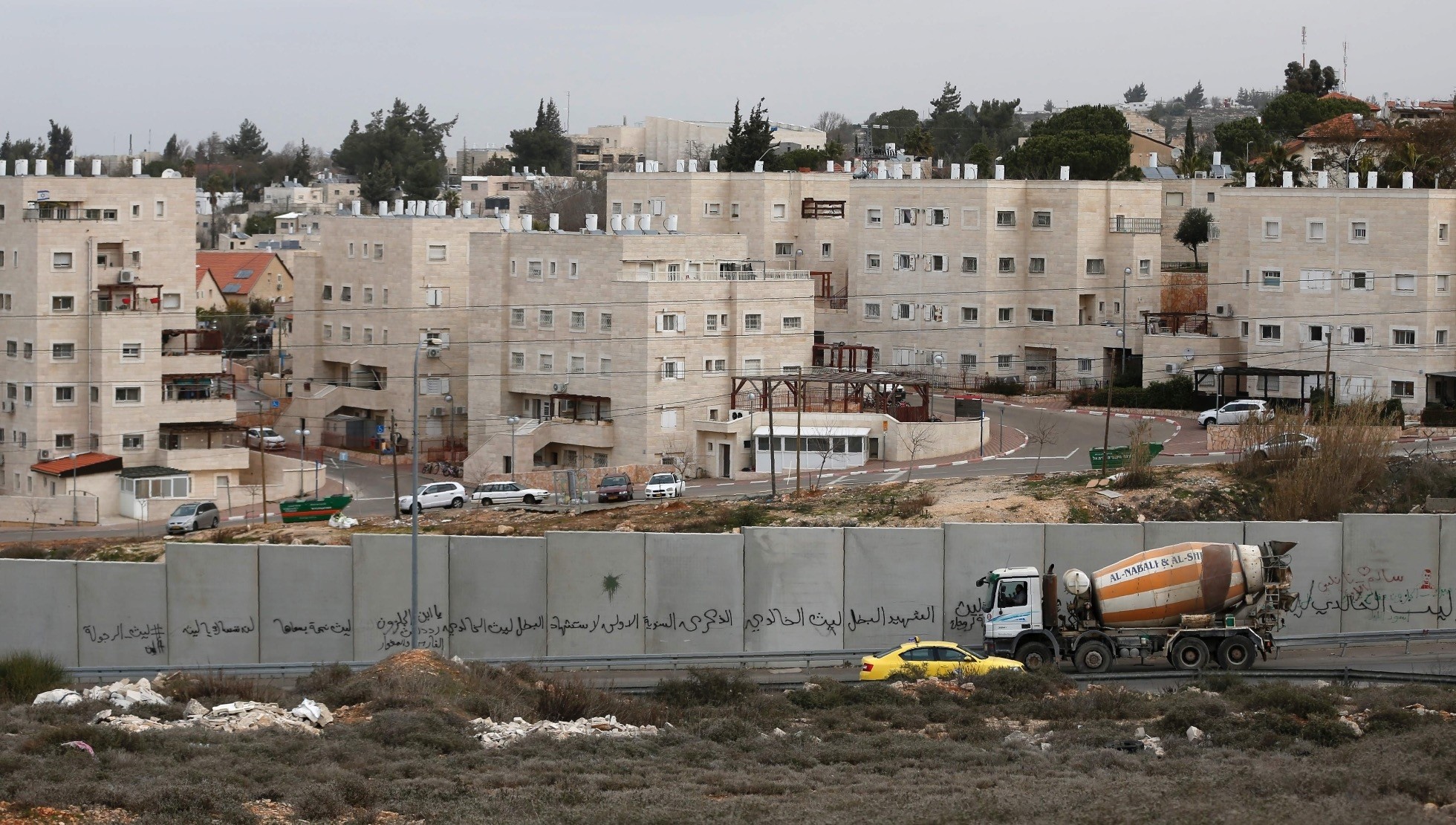 Israeli settlements are considered a violation of international law and major stumbling blocks to peace efforts.
by Compiled from Wire Services Aug 25, 2018 12:00 am

International condemnation has grown over Israel's new plan to build 1,000 homes in the Jewish-only Beit El settlement, as part of its continued policy of unbridled settlement building

Turkey on Friday denounced Israel's approval of the construction of thousands of new settlements in the West Bank. "We strongly condemn the approval by Israel to build over 2,000 additional units in the West Bank, which is under Israeli occupation," said a Foreign Ministry statement, as reported by Anadolu Agency (AA). "The actions taken in disregard of international law and relevant United Nations Resolutions irreparably damage the peace process," it added.

The U.K. government has also voiced its condemnation of the Israeli government's announcement of plans to construct more units in the West Bank, according to a statement."Yesterday's announcement of plans to construct over 1,000 units on the West Bank, and last week's tendering for 1,100 more, continues policies that are rightly condemned internationally," Alistair Burt, minister for the Middle East, said in a statement issued on Thursday. "The U.K. echoes this condemnation today," he added. Describing the settlements as "illegal under international law," Burt said they "remain one of the obstacles to a viable two-state solution."

Israel on Tuesday announced plans to build 650 new settler units in the central West Bank, according to Hebrew-language daily Israel Hayom. The Israeli government on Wednesday announced that it was advancing plans to build over 1,000 new homes in West Bank settlements, pressing ahead with construction as the Trump administration prepares to unveil a long-awaited peace plan.

The Civil Administration, the defense body that oversees civilian affairs in the West Bank, said its planning committee had approved a total of 1,015 housing units. The new housing units will be built in the Jewish-only Beit El settlement, which is located adjacent to the West Bank city of Ramallah. The new units are ostensibly meant to compensate Jewish settlers evacuated earlier from illegal settlement outposts elsewhere in the West Bank.

Peace Now, an anti-settlement watchdog group, said the decision included final approval for immediate construction of nearly 400 homes, with the rest requiring further bureaucratic approvals. It said most of the units were in isolated communities that would likely have to be removed as part of any future peace deal with the Palestinians.

Israeli Defense Minister Avigdor Lieberman said in May that he aimed to fast-track plans for thousands of West Bank settlement homes in 2018. Among the housing plans advanced Wednesday were hundreds of units in the West Bank settlement of Adam, north of Jerusalem, where an Israeli man was killed by a Palestinian last month. Lieberman had vowed to build there in response to the killing.

According to Palestinian figures, more than 700,000 Jewish settlers now live in 196 settlements (built with Israeli government approval) and more than 200 settler outposts (built without its approval) across the occupied West Bank.

Settlements are one of the most heated issues in efforts to restart Israeli-Palestinian peace talks, frozen since 2014. The international community regards all Israeli settlements in occupied Palestinian territories to be illegal and a major obstacle to Middle East peace. The area, captured by Israel in 1967, is not sovereign Israeli territory and Palestinians there are not Israeli citizens and do not have the right to vote. Some 500,000 Israelis live in the West Bank and East Jerusalem, areas that are also home to more than 2.6 million Palestinians. Palestinians have long argued that Israeli settlements could deny them a viable and contiguous state.