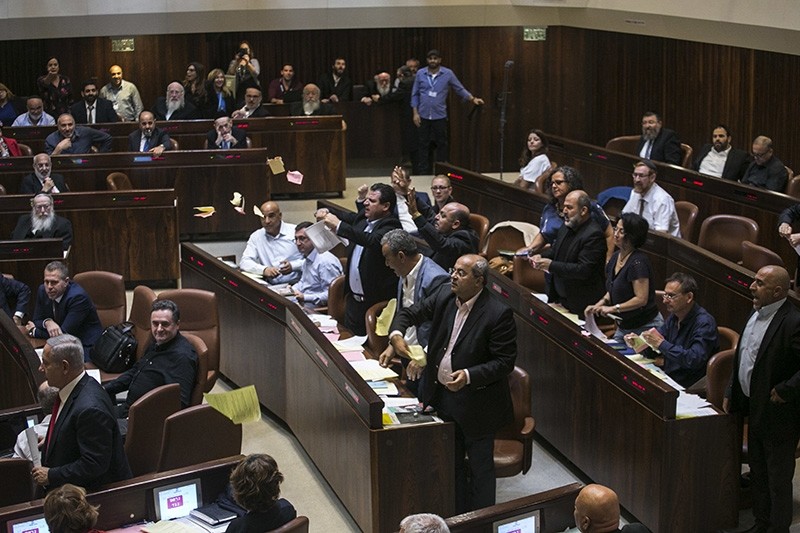 Arab members of Israel's Knesset are seeking United Nations censure of Israel over a recent law recognizing Israel as the "nation-state of the Jewish people," The Jerusalem Post daily said Monday, citing Israel's ambassador to the U.N.

"The Palestinian delegation, in cooperation with Knesset members from the Arab parties, is planning steps aimed at smearing Israel and damaging its image through incitement and lies," Danny Danon reportedly said.

The joint Arab list has 13 members in the 120-member Israeli Knesset.

"We have yet to present a proposal to the U.N. to condemn Israel, but perhaps we will do so," Touma-Suleiman told Israeli army radio.

Touma-Suleiman called the legislation "apartheid law" that is "reminiscent of dark and tyrannical regimes." She called on her party to take up not only the right, "but a moral obligation" to resist such discriminatory measures.

The Nation-State law defines Israel as a Jewish state with a "united Jerusalem" as its capital. It has also promoted Hebrew as the only official language, stripping Arabic as an official language while recognizing its "special status."

The legislation risks further alienating the Arab minority who argue they already face discrimination from Israeli Jews and the government and already feel as though they are second-class citizens.