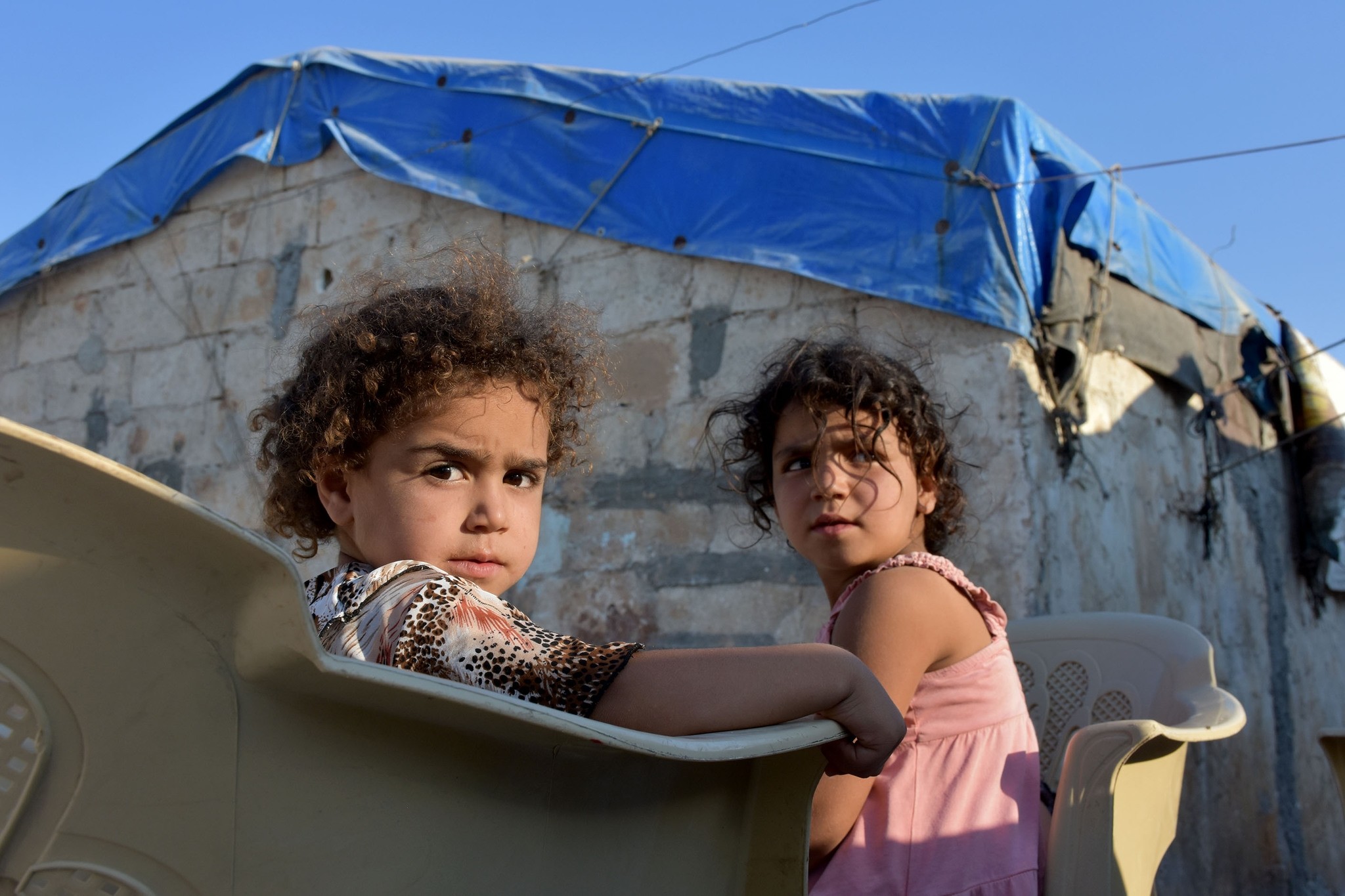 Idlib, Syriau2019s last opposition-held province, hosts civilians who were forced to abandon their homes since the war started in 2011.
by Yusuf Selman İnanç Aug 27, 2018 12:00 am

As the Syrian regime plans to retake control in Idlib through a military operation, Moscow and Ankara are looking to find an alternative to avoid a humanitarian disaster

Idlib residents are in fear that the Syrian regime may launch a large-scale assault on the city to re-capture it from opposition groups. Yet, the increasing Turkish-Russian cooperation has provided hope that such an operation will be avoided.

Overloaded with internally displaced people, Idlib is one of the largest cities in Syria with a population of 2.5 million. Prior to the war, the population was under 200,000. Turkey has been repeatedly warning that an assault on the city would result in a humanitarian disaster.

The Syrian regime, along with Russia, Iran and Iranian-backed Shiite groups, has re-gained control in the key points in the country, including Aleppo. Apart from the area in the north, controlled by the Democratic Union Party (PYD), the PKK's Syrian branch, the regime has captured several strategic areas, reducing the opposition groups' power and capabilities.

After the fall of Aleppo in November, 2016 dozens of opposition groups, including Ahrar al-Sham and formerly al-Qaida-linked Hayat Tahrir al-Sham (HTS), have been squeezed into Idlib.

Thanks to Turkey's efforts during the Astana meeting, and since the regime suffers from a lack of manpower and is busy with consolidating its power to the south, the city has not witnessed a big battle.

However, the regime has been looking for a chance to carry out a military operation and signaled that it had never abandoned the idea of re-taking Idlib through carrying out chemical attacks several times.

The latest crisis with the U.S. put Turkey in a position, closer to Russia. Organizing a joint press meeting with his Russian counterpart Sergei Lavrov, Foreign Minister Mevlüt Çavuşoğlu said Turkey and Russia would cooperate to re-establish a de-escalation zone, which was designated in the Astana meetings.

"The two countries should uphold 'the Astana spirit' while working on the political aspects of the issue. A military solution in Idlib would be a disaster. It would mean that millions of people would have to leave their homes. It would destroy the credibility of both Turkey and Russia on the matter of Syria," he said.

Both Turkey and Russia are concerned with certain radical groups' presence in Idlib. For instance, the HTS has been challenging Turkish-backed opposition groups. Its presence attracts anger from Russia and the U.S. and paves the way for the PYD to reach its goals.

Having known that the presence of radical groups de-legitimizes other opposition factions, the PYD had declared it would like its People's Protection Units (YPG) militia to reach Idlib after taking Raqqa from Daesh.

Despite the common understanding between Moscow and Ankara on certain parts of the Idlib issue, Turkey is more concerned as Ankara is afraid of a new refugee wave. Therefore, Ankara believes that the regime has to be stopped. With this aim, the opposition groups except the HTS are re-formed under one army.