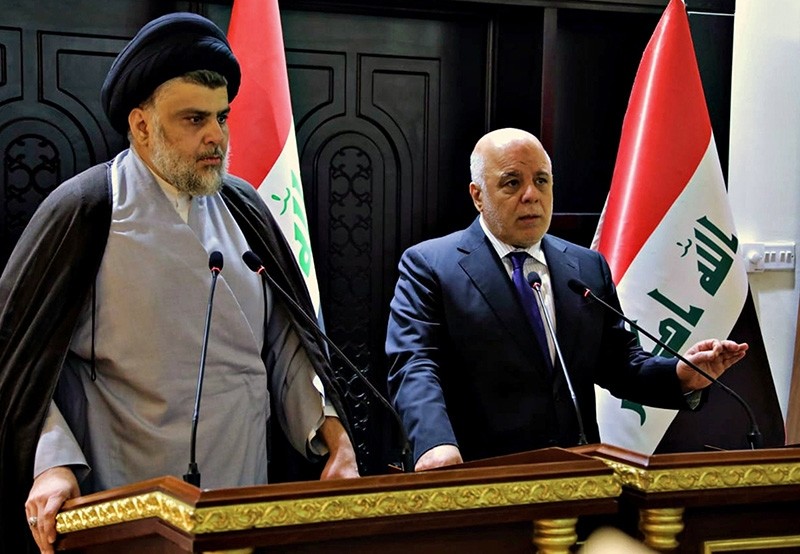 Eleven political parties, including Muqtada al-Sadr and Haider al-Abadi's groups, announced the largest parliamentary bloc on Sunday, one day ahead of the first session of parliament.

The alliance contains 177 lawmakers from 16 electoral lists, making it the majority bloc in the newly elected parliament, an updated document published by the state news agency showed. It now has enough seats in the 329-member parliament to form the next Iraqi government.

Parliament is set to convene for the first time on Monday, when it will elect a new speaker and launch the process of forming a government.

Shiite cleric al-Sadr's Sairoon, Prime Minister al-Abadi's Nasr (Victory) Coalition, Ammar al-Hakim's al-Hikma and Ayad al-Allawi's al-Watanyah had teamed up in August and had been continuing negotiations with other parties.

It does not include Kurdish groups. Since Saddam Hussein was toppled in a 2003 U.S. invasion, power has been shared between Iraq's three largest ethnic-sectarian components. The prime minister is a Shiite Arab, the speaker of parliament a Sunni Arab, and the president a Kurd.

Iraqis voted in May in their first parliamentary election since the defeat of Daesh terror group, but a contentious recount process delayed the announcement of final results until last month.

Uncertainty over the make-up of the new government has raised tensions at a time when public impatience is growing over poor basic services, high unemployment and the slow pace of rebuilding after the war with Daesh.

The recount delayed the process by three months but showed little had changed from the initial results, with al-Sadr retaining his lead of 54 seats. Al-Abadi's bloc remained third with 42.