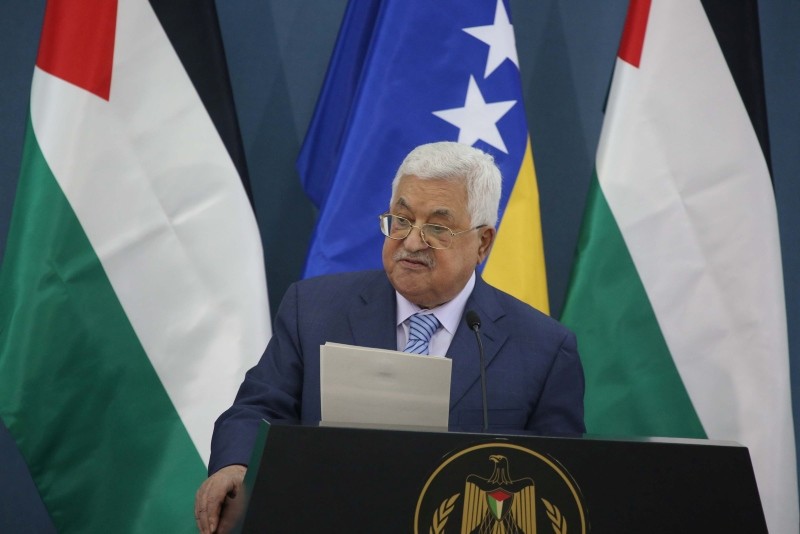 Palestinian President Mahmoud Abbas on Sunday said Palestine still believes in peace on the basis of a two-state solution, according to the official Palestinian news agency WAFA.

Speaking at a meeting with a delegation from the Israeli "Peace Now" movement at the presidential headquarters in Ramallah, Abbas said: "Peace must be reached no matter how great the challenges and difficulties it faces, for a better future for our children and our youth from both peoples."

"Despite all the difficult circumstances surrounding us, we still believe in peace on the basis of the resolutions of international legitimacy and the principle of a two-state solution to establish our civil state, which works to spread culture and peace in the world," he said

Abbas recalled that the contacts with the U.S. administration have been cut since President Donald Trump announced the transfer of the U.S. Embassy to Jerusalem, declaring it the capital of Israel, and trying to redefine the Palestinian refugee in violation of the resolutions of international legitimacy.

Trump, however, sparked international uproar for his decision to recognize Jerusalem as Israel's capital.

The Palestinians have snubbed calls from the Trump administration to return to the negotiating table, arguing that Washington gave up its status as a neutral mediator by making the declaration.

About the U.S. decisions to end funding for the United Nations Relief and Works Agency for Palestine Refugees in the Near East (UNRWA), Abbas stressed that this issue must be resolved in accordance with the resolutions of international legitimacy and the Arab Peace Initiative.

The U.S. was by far UNRWA's largest funder, giving $350 million annually, or about one-quarter of the agency's budget.

Earlier last week, UNRWA had warned that if Washington went through with its funding cut, it would likely result in greater instability.