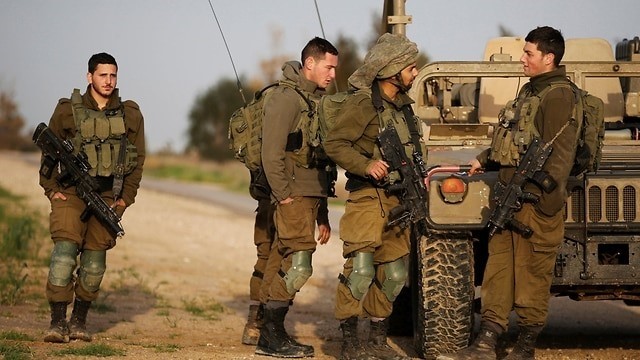 Thirty-five Israeli soldiers and several civilians have been arrested on the grounds of drug trafficking and drug abuse, according to Israeli officials.

Israel Defense Forces (IDF)'s Criminal Investigations Department launched the probe after reports indicating an increase in drug use in the Israeli army.

According to a recent survey conducted by the Israel Anti-Drug Authority (IADA), more than half of IDF soldiers have admitted to using illegal drugs in the past year, specifically marijuana.

The IDF Spokesperson's Unit announced Monday that "these steps are vital precautions to ensure the prohibition of drug use between soldiers in the Israeli army."

The IDF Spokesperson also said that most of the soldiers abusing or selling drugs were not high ranking.

While the investigation is still underway, 35 soldiers have been arrested and will be brought before the military court for remand extensions.

Earlier this year, 10 soldiers were also detained for possession and use of drugs, four of them females and six males. The soldiers were under investigation and were being held for questioning when it was revealed that they had been buying, selling and abusing drugs on the training base in Negev, Israel.

In 2017, the Israeli military adopted a more lenient policy against drug use which allowed the soldiers to avoid court martial and any criminal proceedings. According to Hebrew-language Yedioth Ahronoth newspaper, the new policy also allows soldiers to smoke no more than five times a day off-duty and face only internal disciplinary actions if exceeded.

Despite the current policy technically still deeming drug use as an offense, a number of loopholes have allowed soldiers to avoid any criminal convictions.

At the time, IDF Spokesperson stated that, "the goal is to allow a second chance."

Israel has come under heavy criticism from the international community for its unrestrained use of force against Palestinians, especially in recent months. The U.N. Human Rights Council has declared Israeli forces' massacre of scores of Palestinian protesters in Gaza a "war crime" under the Statute of Rome.