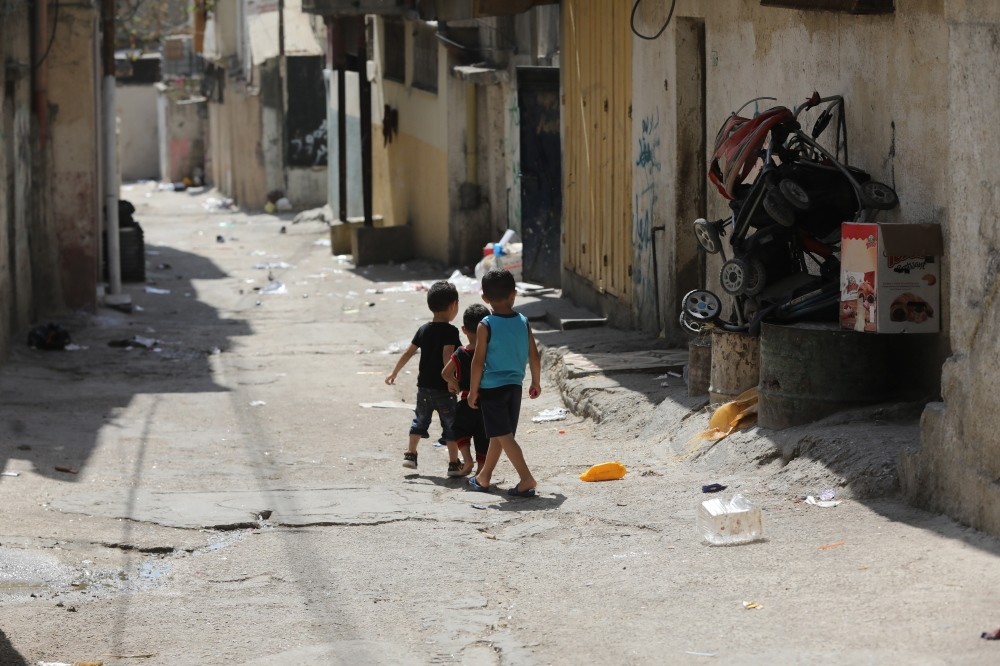 Palestinian refugee children walk in a street in Askar refugee camp near the West Bank city of Nablus, Sept. 2.
by Yusuf Selman İnanç Sep 04, 2018 12:00 am

Moving its embassy to Jerusalem and stopping funding for UNRWA, which was crucial for the Palestinian economy, and the recently revealed confederation plan show the United States' true attitude toward a two-state solution

The U.S. administration under the presidency of Donald Trump has been forcing Palestinian factions to surrender to Israeli demands and to give up the two-state solution. Moving the U.S. Embassy to Jerusalem and implicitly pledging support to Israel's recent nation-state law, excluding non-Jews were remarkable changes in U.S. policy. Last week Trump declared that the U.S. has cut aid for the United Nations Relief and Work Agency for Palestine (UNRWA). This move was a big blow to Palestine's economy since the Palestinian Authority (PA) depends on foreign aid due to the Israeli blockade.

Recent reports in Israeli and Jordanian media showed that the U.S. would like the PA and the Palestinian factions to renounce the two-state solution plan. Instead what is offered is a confederation with Jordan. Yet, both sides have rejected the offer. Both the PA and Jordan said the plan could not be implemented.

PA President Mahmoud Abbas also said Palestine still believes that peace could be reached thanks to the two-state solution. "Peace must be reached no matter how great the challenges and difficulties it faces, for a better future for our children and our youth from both peoples. Despite all the difficult circumstances surrounding us, we still believe in peace on the basis of the resolutions of international legitimacy and the principle of a two-state solution to establish our civil state, which works to spread culture and peace in the world."

According to a report in Haaretz, Israel would recognize a Palestinian state "but only as part of the confederation and without the Gaza Strip, whose security would be assumed by Egypt." Moreover, the illegal settlements will remain. Thus, Jordan will be containing Palestine and be responsible against Israel for "terror attacks" as it will become the neighbor and Gaza will have been separated totally although it is recognized as Palestinian land. Also, there are talks between the PA and Hamas for reconciliation and unification.

Considering that almost half of Jordan's population is originally from Palestine and that Jordan has been designated as responsible from the Al-Aqsa compound, it sounds like the two peoples can be unified easily. Yet, in fact, it is not as easy as it looks. A similar offer was made by Yasser Arafat, the legendary Palestinian leader, to Jordan's King Hussain in 1980s. There was more hope at that time but Israel had refused to return to its pre-1967 borders. Israel did not want to see a unified and consolidated Arab country nearby. Meanwhile, the clashes between Palestinians and Jordanians were another major problem. Today, the hidden hatred between the two peoples, which are in fact were separated after the British invasion during WWI, has not disappeared. Besides, the Jordanian economy is witnessing its worst days as the country was saved by foreign aid in the last few months. Finally, Palestinians believe that a confederation as such will be at the expense of their decades-long resistance against Israeli occupation.