NYT op-ed helps explain US policies in the Middle East 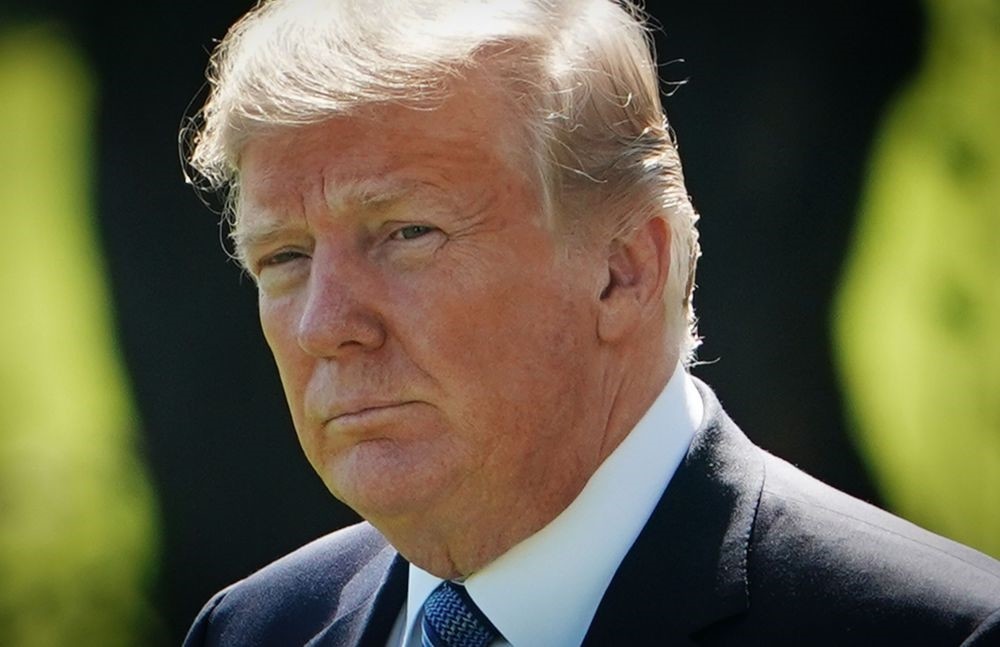 The NY Times published an anonymous op-ed on Sept. 5 by a senior official inside the Trump administration claiming to be part of ,the resistance.,
by Yusuf Selman İnanç Sep 08, 2018 12:00 am

An anonymous op-ed, published in the New York Times revealed that Trump and his own administration are at odds on certain policies, which helps explain the U.S.' contradictory policies in the Middle East

A senior official whose identity was concealed by the New York Times (NYT) published an op-ed on Wednesday, criticizing the U.S. President

Donald Trump, his actions and policies. An unnamed op-ed is a very rare thing although there are some examples in U.S. political history. NYT, which has long been accused by Trump of spreading false news and disinformation informed the readers that the author was a "senior official" and the official's identity was known to the editorial board.

It is another subject whether publishing such an op-ed is ethical or not, but what makes the "senior official's" op-ed important is that it demonstrates Trump is unable to influence even his own administration, let alone the whole state body in the U.S. This situation matters for Turkey due to the U.S.' contradictory policies in the Middle East.

The op-ed writer says some of Trump's colleagues, the author included, "are working diligently from within to frustrate parts of his agenda and his worst inclinations." Then, the author avoids from being linked to a political side, saying "to be clear, ours is not the popular 'resistance' of the left." Their main goal, according to the author, is protecting the republic as the author says "we want the administration to succeed and think that many of its policies have already made America safer and more prosperous. But we believe our first duty is to this country, and the president continues to act in a manner that is detrimental to the health of our republic."

These sentences show that some officials within the Trump administration believe that certain Trump policies are damaging the U.S. Therefore, they might be showing resistance to the president as the author says "there are bright spots that the near-ceaseless negative coverage of the administration fails to capture: effective deregulation, historic tax reform, a more robust military and more. But these successes have come despite not because of – the president's leadership style, which is impetuous, adversarial, petty and ineffective."

Trump's reaction was unsurprisingly harsh. On Twitter, he wrote, "Does the so-called 'Senior Administration Official' really exist, or is it just the Failing New York Times with another phony source? If the GUTLESS anonymous person does indeed exist, the Times must, for National Security purposes, turn him/her over to government at once!"

He accused the "left" and the "deep state" in another tweet. "The Deep State and the Left, and their vehicle, the Fake News Media, are going Crazy – & they don't know what to do. The Economy is booming like never before, Jobs are at Historic Highs, soon TWO Supreme Court Justices & maybe Declassification to find Additional Corruption. Wow!" he wrote.

What makes this op-ed and the author's impressions important for Turkey and the region is the fact that Trump, his administration and other state institutions are in disagreement over certain policies. Maybe, the Middle East comes first when it comes to this spat. For instance, one of the main disputes between Turkey and the U.S. is the presence of the PKK-affiliated Democratic Union Party (PYD) and its armed wing the People's Protection Units (YPG). The U.S. has long been delivering financial aid and weapons to the group under the pretext of fighting Daesh. Despite Turkey's warnings, the PYD has taken control of a territory near the Turkish border.

Trump is known for his reluctance to continue supporting the PYD. He made some statements last year, indicating that the U.S. support for PYD would end. Yet, it did not happen. Last November Turkish President Recep Tayyip Erdoğan held a meeting with Trump in the U.S. After the meeting Turkish Foreign Minister Mevlüt Çavuşoğlu said "Mr. Trump clearly stated that weapons will not be given to YPG anymore and said that essentially this nonsense should have been ended before." However Pentagon officials continued to visit the PYD leaders in Syria, pledging explicit support.

In another example, this time, Trump contradicted U.S. state institutions. Although the U.S.' policy towards the Israeli-Palestinian conflict was to support a two-state solution, Trump has damaged this idea through moving the U.S. Embassy to Jerusalem, offering Jordan a deal to establish a confederation with the West Bank and cutting the aid to the United Nations Relief and Work Agency for Palestine (UNRWA).