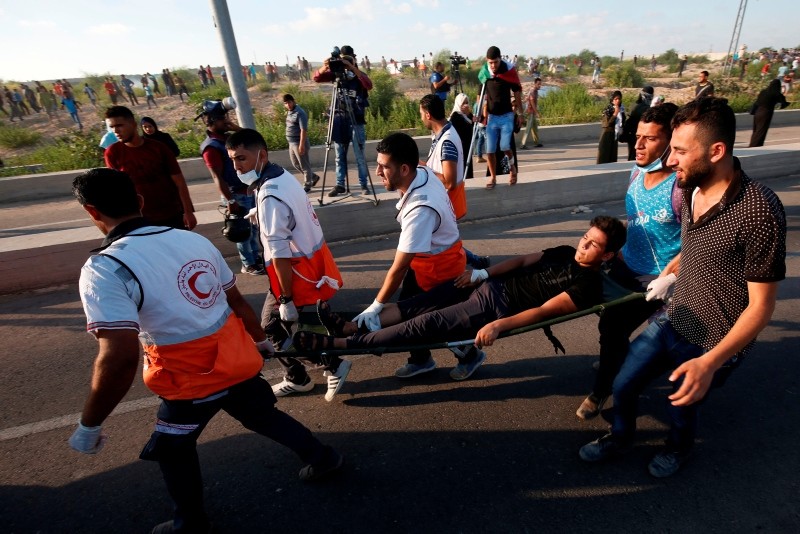 Medics help evacuate a wounded Palestinian protestor during a demonstration at the Erez crossing with Israel on September 18, 2018, in the northern Gaza Strip. (AFP Photo)
by Compiled from Wire Services Sep 18, 2018 12:00 am

At least two Palestinians were killed Tuesday evening amid ongoing anti-occupation rallies along the fraught Gaza-Israel buffer zone, according to Gaza's Health Ministry.

Earlier Tuesday, hundreds of Palestinians converged on the buffer zone outside Erez crossing as part of ongoing demonstrations against Israel's decades-long occupation and the ongoing blockade of the Gaza Strip.

Palestinians burned tires and hurled rocks at Israeli forces stationed nearby who responded with tear gas and live fire.

The Great Return March began on March 30, when hundreds of thousands of Palestinian demonstrators converged on the buffer zone separating Gaza from Israel.

Israel has responded to the rallies -- still held every Friday -- with deadly force, killing more than 150 protesters until now and injuring thousands more.