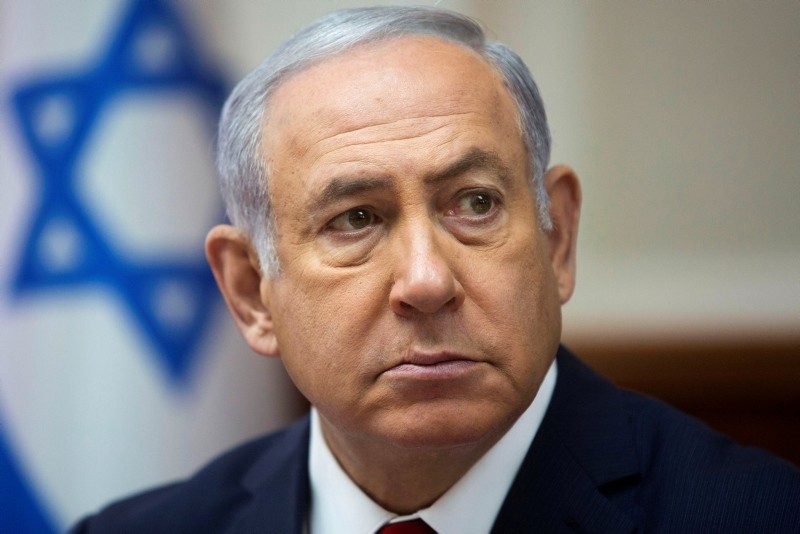 Prime Minister Benjamin Netanyahu implied on Thursday an all-out war against Iran, after a friendly fire incident in Syria this week linked to Israeli strikes on Iranian targets there.

"We do not want war, but if it is imposed on us, we will act with all our force," Netanyahu said during a ceremony in Jerusalem marking the 45th anniversary of the Yom Kippur war.

He said Iran "openly calls for the destruction of Israel."

"We will continue to defend ourselves in the face of this danger," Netanyahu added.

The Assad regime accidentally downed a Russian plane late Monday, killing all 15 people on board, the same evening Israel launched strikes in the war-torn country.

Israel says it was targeting a Syrian military facility where weapons manufacturing systems were "about to be transferred on behalf of Iran" to Lebanese Shiite group Hezbollah.

The incident on Monday was the worst case of friendly fire between Moscow and Bashar Assad's regime since Russian forces intervened in the conflict in 2015.

It also risked harming relations between Israel and Russia, which established a hotline three years ago to avoid accidental clashes in Syria, but the leaders of both countries have since sought to move past the incident.

Israel sent its air force commander to Moscow on Thursday to share the military's findings on what happened.

Israel has vowed to stop its arch-foe Iran, which backs the Assad regime, from entrenching itself militarily in neighboring Syria.

Earlier this month, it acknowledged having carried out more than 200 strikes in Syria over the past 18 months, mainly against Iranian targets.

The 1973 Arab-Israeli war saw Egypt and Syria carry out a surprise attack on Israel on Yom Kippur, the most solemn day in the Jewish calendar.

Despite its victory, Israel lost more than 2,500 soldiers in the war that it was not considered prepared for.

"The lessons of this war are rooted in us and we are constantly alert to the dangers that threaten us," Netanyahu said.