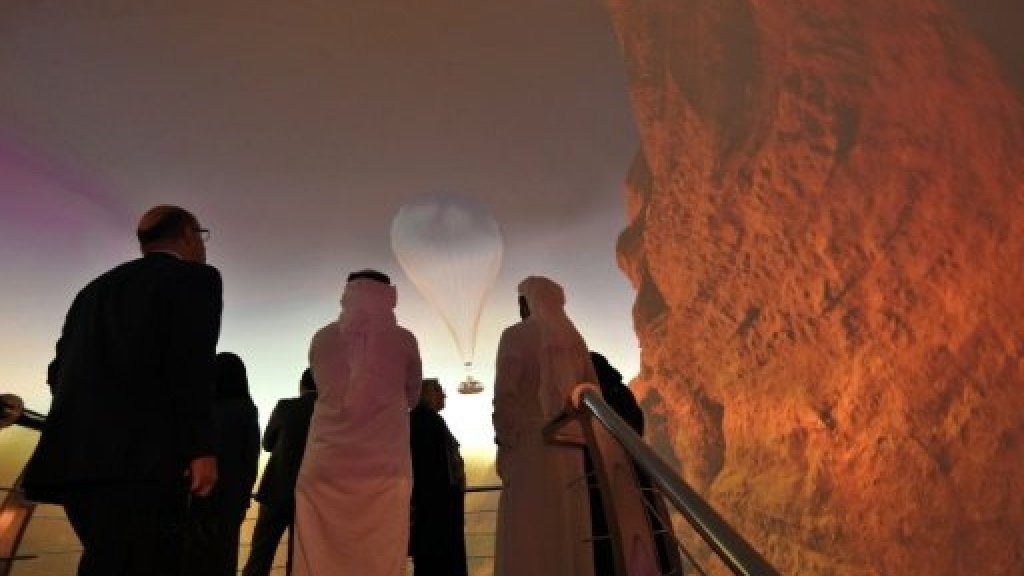 Participants watch a movie advertising Saudi Arabia's Red Sea project in 2017, another ,giga project, in the series funded in part by its sovereign wealth fund. (AFP Photo)
by Sep 27, 2018 12:00 am

Saudi Arabia's Public Investment Fund (PIF) announced plans Wednesday for a luxury tourism destination on its northwestern coast, the latest in a series of mega projects as the oil-reliant kingdom seeks to diversify.

The project called "Amaala" would be "a natural extension of the Mediterranean Sea, and dubbed the Riviera of the Middle East", the country's top sovereign wealth fund said in a statement released by the information ministry.

The development will feature hotels, private villas, an arts academy and a yacht club, PIF added.

It did not reveal any timeframe or the size of the investment, saying only that the "initial funding for the project will be provided by PIF".

Saudi Arabia has dazzled investors with plans for a series of "giga projects", funded in part by its sovereign wealth fund, but skeptics question their viability.

The kingdom has already unveiled blueprints to build NEOM, a mega project billed as a regional Silicon Valley, in addition to the Red Sea project, a reef-fringed resort destination -- both worth hundreds of billions of dollars.

"Amaala will sit alongside NEOM and the Red Sea project as part of the giga-projects investment portfolio, helping to... (support) economic diversification," PIF said.

Such projects are the brainchild of Prince Mohammed, architect of a sweeping reform program dubbed "Vision 2030".

The reforms stem partly from a motivation to boost domestic spending and attract foreign investment as the kingdom reels from an economic slowdown.

Kick-starting tourism is one of the centerpieces of Vision 2030.

On Tuesday, Saudi Arabia said it will begin issuing visas to visitors to attend sporting and cultural events from December, a first for the kingdom as it seeks to lure international tourists.