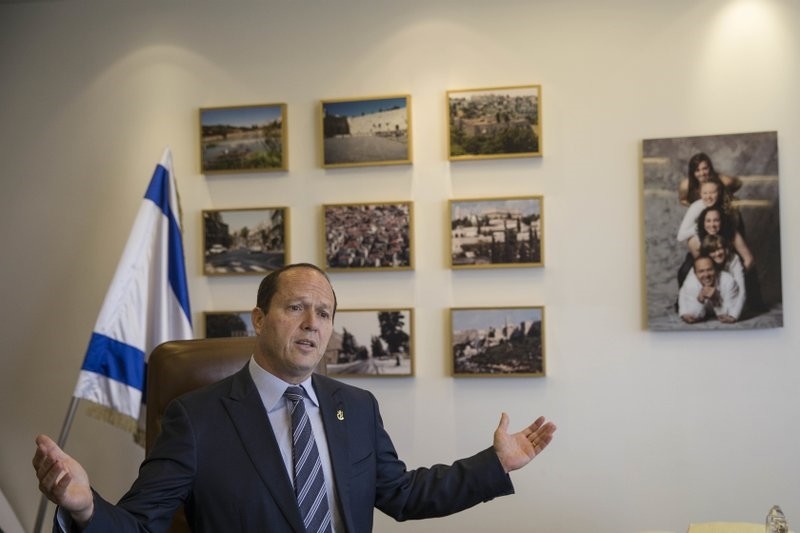 Jerusalem's mayor said Thursday he plans to remove a U.N. agency for Palestinian refugees from the city, accusing the body of operating illegally and promoting incitement against Israel.

Nir Barkat said schools, clinics and sports centers, among other services operated by UNRWA in east Jerusalem, will be transferred to Israeli authorities. The municipality did not provide an exact timeline but it said schools serving 1,800 students would be closed by the end of the current school year.

Barkat, who is set to step down following municipal elections at the end of the month, said the U.S. decision to cut $300 million in aid to the agency earlier this year prompted the move.

"The U.S. decision has created a rare opportunity to replace UNRWA's services with services of the Jerusalem Municipality. We are putting an end to the lie of the 'Palestinian refugee problem' and the attempts at creating a false sovereignty within a sovereignty," Barkat said in a statement, claiming the schools and clinics were illegal and operate without an Israeli license.

Jerusalem's municipality said the move was coordinated with the Israeli government.

UNRWA did not immediately respond to a request for comment.

UNRWA was established in the wake of the 1948 Mideast war surrounding Israel's creation. An estimated 700,000 Palestinians fled or were forced from their homes in the fighting.

In the absence of a solution, the U.N. General Assembly has repeatedly renewed UNRWA's mandate. The agency now provides education, health care and social services to more than 5 million refugees and their descendants. It serves populations in Gaza and the West Bank, as well as Jordan, Lebanon and Syria.

Seen by the Palestinians and most of the international community as providing a valuable safety net, UNRWA is viewed far differently by Israel. It accuses the agency of perpetuating the conflict by helping promote an unrealistic Palestinian demand that refugees have the "right of return" to long-lost homes in what is now Israel. Israeli Prime Minister Benjamin Netanyahu has said UNRWA should be abolished and its responsibilities taken over by the main U.N. refugee agency.

Some in Israel have even tougher criticism, accusing UNRWA of teaching hatred of Israel in its classrooms and tolerating or assisting Hamas militants in Gaza.

The U.S. meanwhile has demanded the agency carry out reforms before it restores funding.