Hamas Gaza chief reluctant to fight another war with Israel 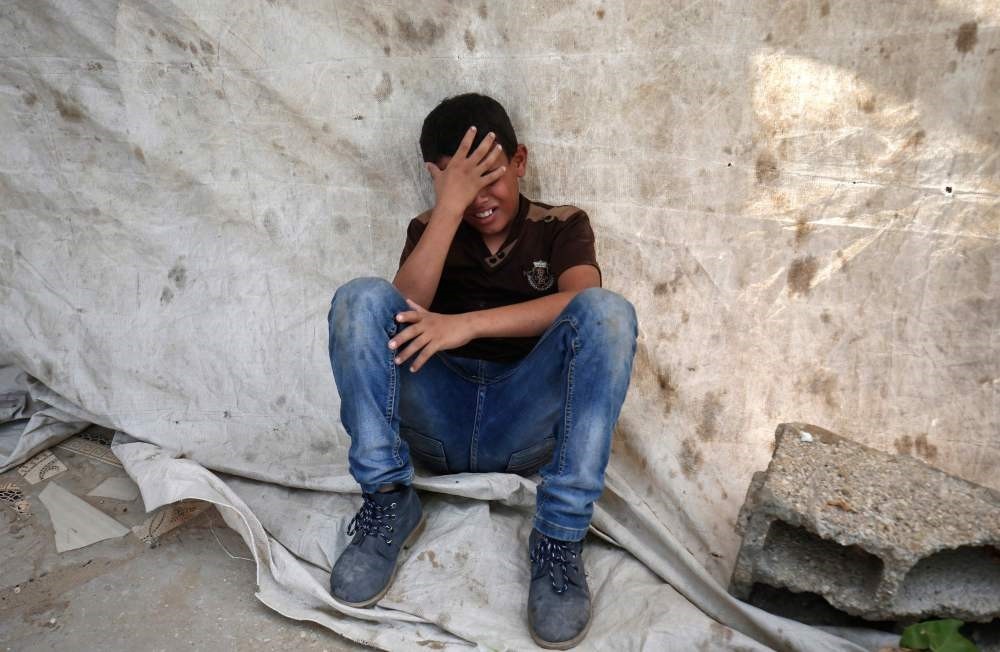 Israel has responded to the rallies at the Gaza border with deadly force, killing more than 193 protesters and injuring thousands more.
by Compiled from Wire Services Oct 05, 2018 12:00 am

Amid reports of Israeli reinforcements outside the Gaza Strip, the Hamas leader in Gaza said that they were not interested in a new war and called for an end to the long-running siege

Hamas's Gaza-based leader underscored his unwillingness to fight another war with Israel while calling for a "true opportunity for change."

"A new war is in no one's interest; it's certainly not in our interest. Who really wants to confront a nuclear superpower with four slingshots?" Yehya al-Sinwar said in an interview with Israel's Yedioth Ahronoth daily and Italy's La Repubblica newspaper.

"War doesn't achieve anything," he added. Sinwar went on to say he had decided to give an interview, to an Israeli newspaper no less, because he now sees "a true opportunity for change."

Asked whether he wanted to continue fighting Israel, Sinwar replied: "I'm not saying I won't fight anymore. I'm saying I don't want any more wars." "What I want is an end to the siege [of the Gaza Strip]. My first commitment is to act in the interest of my people; to protect them and defend their right to freedom and independence," he said.

"The responsibility lies with those who sealed the borders, not those who have tried to reopen them," he said. "My responsibility is to cooperate with anyone who can help us put an end to the siege," he added.

In regards to recent ceasefire talks between Hamas and Israel, Sinwar said: "The agreement doesn't exist yet, but Hamas, and almost all the other Palestinian factions, are willing to sign and honor it." "But at the moment, there's only the [Israeli] occupation," he added. "It's important to make it clear: If we're attacked we will defend ourselves, as always. And we will have another war."

Citing security concerns, Israel and Egypt maintain tight restrictions on the movement of people and goods along with their borders with Egypt, a policy that the World Bank says has brought the enclave of 2 million people to economic collapse.

Sinwar's remarks were followed by the reports of Israeli military planning a "wide-scale" reinforcement along the Gaza border. The language of the Israeli military statement did not appear to herald an imminent offensive in Gaza but seemed to suggest stronger action at the frontier to foil any further Palestinian attempts to breach Israel's security fence during the demonstrations, which began in March.

Since the protests began in March at least 193 Palestinians have been killed by Israeli fire, Gaza medics say.

Israel was criticized by a U.N. human rights body for its killing of protesters in Gaza and treatment of Palestinians, declaring it a "war crime" under the Statute of Rome. The high casualty toll triggered a diplomatic backlash against Israel and new charges of excessive use of force against unarmed protesters.