UN praises Turkey for support to Palestinians after US aid cut 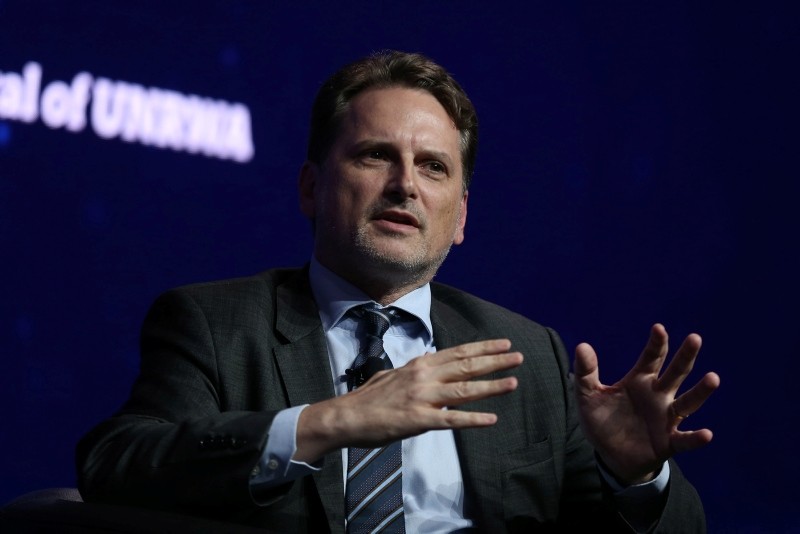 The head of the U.N. Relief and Works Agency for Palestine Refugees in the Near East (UNRWA) has hailed Turkey's "increased solidarity" to support the agency after the U.S. cut off funding.

"I very much value the leadership that Turkey is showing," Commissioner-General Pierre Krahenbühl told Anadolu Agency in an exclusive interview on the sidelines of this week's TRT World Forum in Istanbul.

"I think it is sending a strong message at the time when the UNWRA is under pressure because we lost money from the United States."

In August, the Trump administration announced that Washington would no longer commit funding to the main U.N. program for Palestinian refugees.

The U.S. had been the agency's largest contributor by far, providing it with $350 million annually -- roughly one-quarter of the agency's overall budget.

Praising Turkey showing "strong solidarity" for the Palestinians, Krahenbühl said: "Every time I come to Turkey, there is a very strong feeling, very big concern about Palestinians and about Palestinian refugees, which is very important to me."

"This year, because of the situation that we've faced, there was increased solidarity and increased political engagement to support UNRWA by the Turkish leadership."

Education for a half-million children at risk

Asked whether the agency was affected by the recent U.S. cut, he said: "We have an education system, for example, for 500,000 Palestinian refugee boys and girls in Syria, Lebanon, Jordan, the West Bank, East Jerusalem, and Gaza.

"We have to find the money. It's not possible to imagine that their schools would close. These young students would no longer be able to get to have their education."

But the UNRWA head expressed gratitude over the "collective mobilization" of some countries in the Gulf, in Asia, and other countries in Europe.

"We called on all the rest of the international community. There has been a very strong reaction so far. The countries in the Gulf, but also in Asia, Turkey and other countries really stepped up and supported us very strongly."

In September, the foreign ministers of Jordan, Sweden, Turkey, Japan and Germany, as well as the EU foreign policy chief, held a ministerial meeting in New York in order to mobilize financial and political support for the agency.

On that event in New York, Krahenbühl said: "I am very encouraged by the very strong and collective mobilization [at the event]."

"Right now, I think we are on a positive path," he added.

Established in 1949, the UNRWA provides critical aid to Palestinian refugees in the blockaded Gaza Strip, the Israeli-occupied West Bank, Jordan, Lebanon, and Syria.