Israel upholds entry ban on US student over boycott claims 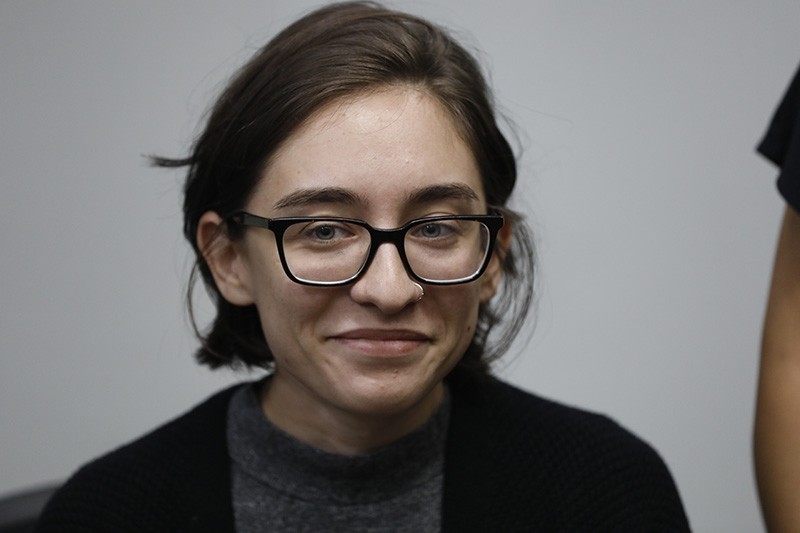 An Israeli court on Friday upheld the barring of an American student from the country over her activities in support of an international boycott campaign by pro-Palestinian groups.

Lara Alqasem's lawyer, Yotam Ben-Hillel, said she has until Sunday morning to decide whether to appeal to the Supreme Court or leave the country.

Alqasem was detained at Israel's Ben Gurion Airport on Oct. 2.

The 22-year-old American, whose father is Palestinian, arrived in Israel with a valid student visa and was registered to study human rights at Jerusalem's Hebrew University.

But she was barred from entering the country and ordered deported, based on suspicions that she's an activist in the boycott movement.

Israel has said that she is not being held against her will and is free to leave the country. It also said it would reconsider its decision if she apologized and renounced the boycott movement.

Israel enacted a law last year banning entry for any foreigner who "knowingly issues a public call for boycotting Israel." It has come under heavy criticism for its handling of Alqasem's case.

Alqasem, from Southwest Ranches, Florida, is a former president of the University of Florida chapter of Students for Justice in Palestine. The group is a branch of the BDS movement, whose name comes from its calls for boycotts, divestment and sanctions against Israel.