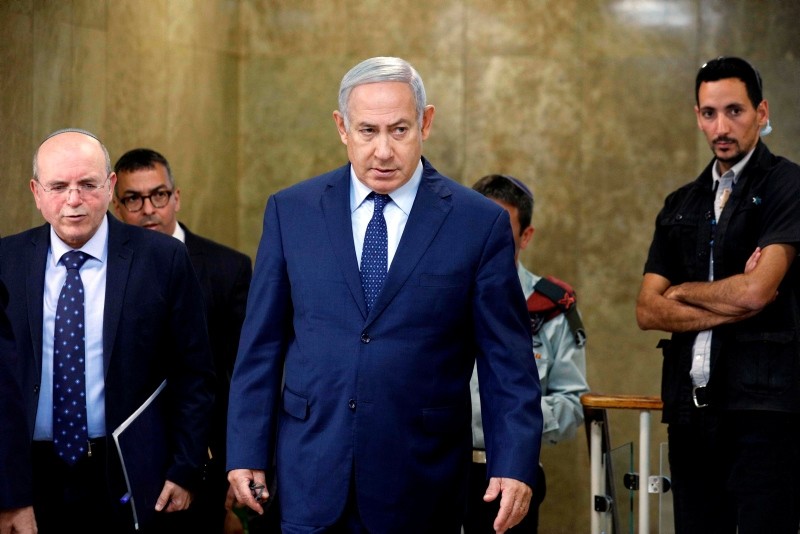 Israeli Prime Minister Benjamin Netanyahu (C) arrives for the weekly cabinet meeting at the Prime Minister's office in Jerusalem on October 14, 2018. (AFP Photo)
by Daily Sabah with DPA
Oct 14, 2018 12:00 am

"Hamas apparently did not internalize the message — if they do not stop the violent attacks against us, they will be stopped in another way and it will be painful, very painful," Netanyahu said at the start of his weekly cabinet meeting.

"We are very close to activity of a different kind, an activity that will include very powerful blows," the prime minister added.

They also demand an end to Israel's 11-year blockade of the Gaza Strip, which has gutted the coastal enclave's economy and deprived its roughly 2 million inhabitants of many basic commodities. Israel accuses Hamas of using the protests as a mask to carry out attacks on Israeli soldiers and border communities.

According to the ministry, more than 200 Palestinians have been killed — and thousands more injured — since rallies on the Right of Return began on March 30.