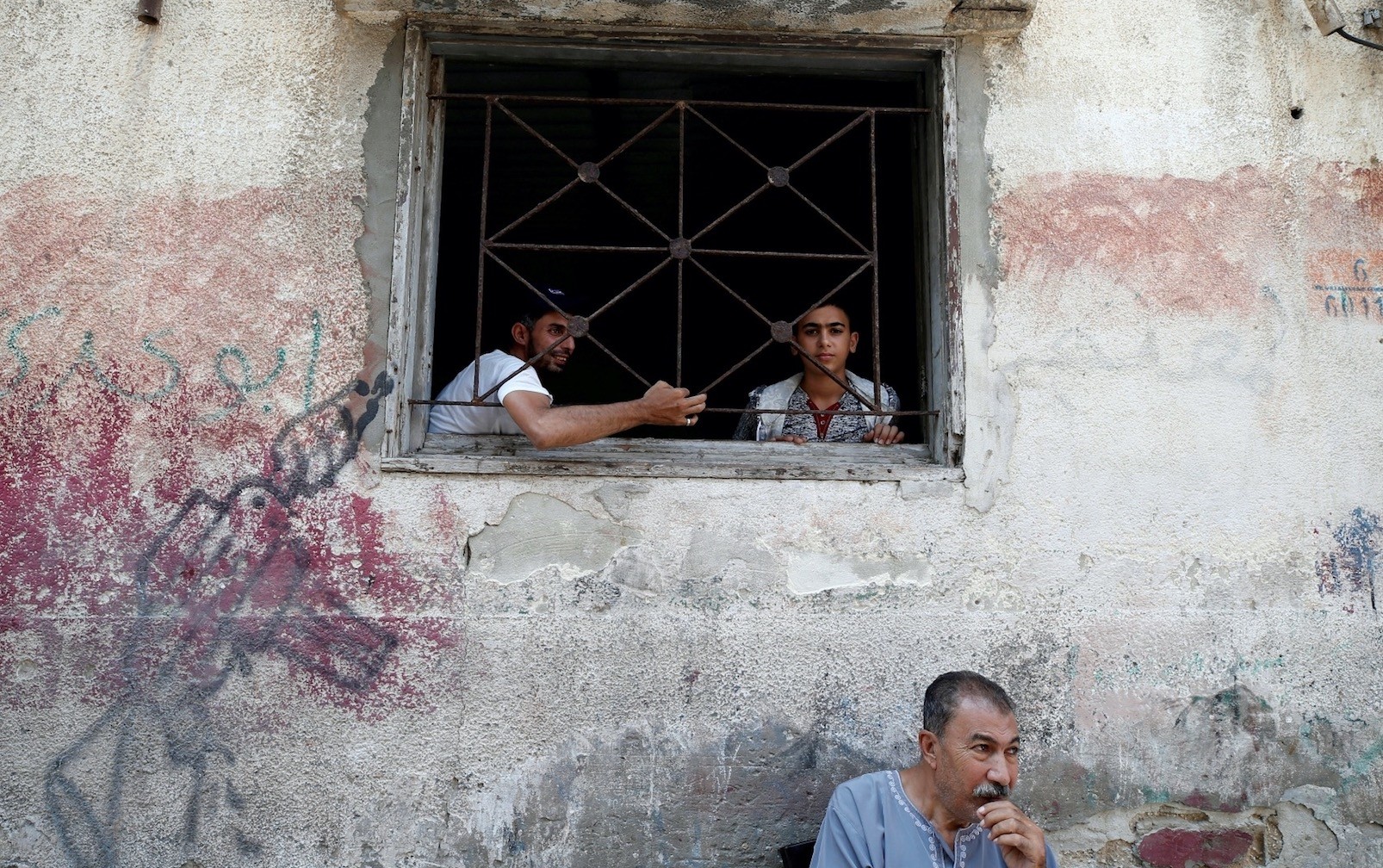 Palestinians look out of the window of their home at the Al-Shati refugee camp, Gaza City, Sept. 3.
by Compiled from Wire Services
Oct 15, 2018 12:00 am

Israeli Prime Minister Benjamin Netanyahu yesterday threatened to inflict "very strong blows" on Hamas after fresh violence along the border with the Gaza Strip controlled by the resistance group.

"Hamas has apparently not understood the message, if these attacks do not stop, they will be stopped in another way, in the form of very, very strong blows," Netanyahu said during the weekly cabinet meeting. "We are very close to another type of action that would include very strong blows. If Hamas is intelligent, it will cease fire and violence now," he added.

Israel on Friday suspended fuel deliveries to the Gaza Strip after fresh protests along the border that saw seven Palestinians killed by Israeli troops. By suspending badly needed fuel deliveries to the Gaza Strip after deadly clashes, Israel has cast doubts on the viability of the hard-won measure aimed at helping the Palestinian people and easing humanitarian crisis. The suspension came days after fuel supplies had begun running to the enclave in a fresh bid to ease an Israeli blockade that has lasted more than 10 years. A U.N.-brokered deal had seen Qatar, a longtime Hamas backer, pledge to pay $60 million for fuel to be brought into Gaza over six months to supply the strip's sole power plant. Israeli security officials have opposed a decision by Defense Minister Avigdor Lieberman to halt fuel shipments to the blockaded Gaza Strip, according to Israeli daily Haaretz yesterday, Anadolu Agency (AA) reported.

On Saturday, Israel's Defense Minister Avigdor Lieberman said fuel deliveries would only resume if there were a "total cessation of violence, the launching of incendiary balloons [from Gaza towards Israel] and the use of burning tires against Israeli towns" near the enclave.

In Gaza, funerals were held for seven Palestinians shot dead by Israeli troops during Friday's weekly protest. Ismail Haniyeh, Hamas' political leader, attended one of the funerals, pledging to keep up the protests until a decade-long Israeli-Egyptian blockade is lifted.

Since March, Hamas has orchestrated near-weekly protests along the security fence dividing Gaza and Israel, pressing for an end to the stifling Israel-Egyptian blockade imposed since the group took control of Gaza in 2007. Israeli fire has killed more than 200 Palestinians since the protests began. An Israeli soldier was killed over the same period. Of the seven killed on Friday, four died in one location, where the Israeli military said it opened fire on a crowd of Palestinians who had breached the fence and approached an army post. One Palestinian was initially wounded and died later in hospital. Israel was criticized by a U.N. human rights body for its killing of protesters in Gaza and treatment of Palestinians, declaring it a war crime under the Statute of Rome. The high casualty toll triggered a diplomatic backlash against Israel and new charges of excessive use of force against unarmed protesters.

Protesters demand the "right of return" to their homes and villages in historical Palestine from which they were driven in 1948 to make way for the new state of Israel. They also demand an end to Israel's 12-year blockade of the Gaza Strip, which has gutted the coastal enclave's economy and deprived its more than 2 million inhabitants of many basic commodities.