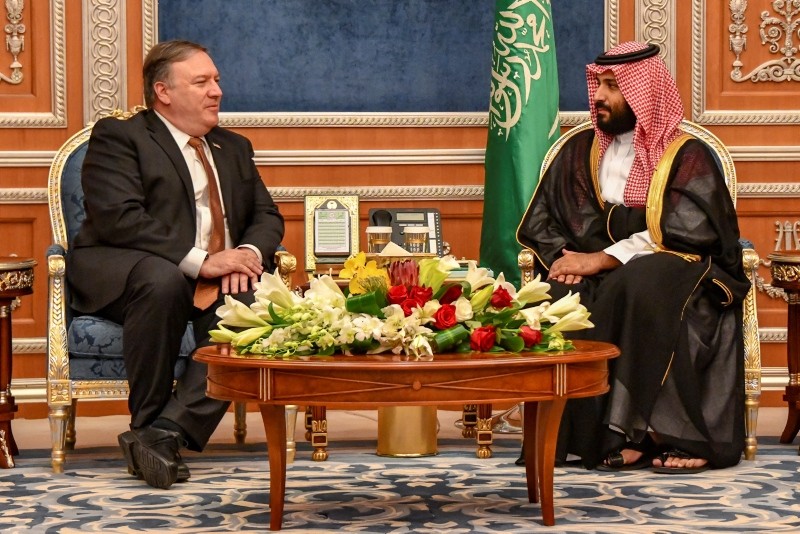 Pompeo, who reported earlier to President Donald Trump on his trip to Saudi Arabia and Turkey, told journalists at the White House that the Saudis assured him "they will conduct a complete, thorough investigation."

"I told President Trump this morning we ought to give them a few more days to complete that, so that we too have a complete understanding of the facts," Pompeo said.

Only then, Pompeo said, "we can make decisions how or if the United States should respond."

Trump has come under fire from members of Congress for his repeated delays in forming a response, as evidence mounts that Khashoggi, a U.S. resident and Washington Post columnist, was killed and dismembered by Saudi agents inside the Saudi consulate in Istanbul more than two weeks ago.

A report earlier Thursday said Pompeo had given Saudi Crown Prince Mohammed bin Salman 72 hours to wrap up the investigation into Khashoggi's disappearance.

According to Axios, Pompeo told the crown prince he had 72 hours to finish the probe to shed light into Khashoggi's disappearance and find out if murder allegations were true if he wanted to avoid tarnishing Saudi Arabia's "place on the world stage."

While both of them were smiling in front of the cameras, the meeting was in a much more serious tone as Pompeo insisted the case was not something Saudi Arabia would casually dismiss and that the truth behind the disappearance would come out eventually, the report said.

Shortly after the meeting in Riyadh, Pompeo arrived in Ankara and held talks with President Recep Tayyip Erdoğan and Foreign Minister Mevlüt Çavuşoğlu about Khashoggi, as well other topics of regional security.

Justice Minister Abdulhamit Gül said Thursday that the case is being "thoroughly" investigated and results would "come out soon," after a joint Turkish-Saudi team of forensic experts concluded the search at Saudi consulate and Saudi consul's residence in Istanbul.

Four prominent human rights and press freedom groups on Thursday urged Turkey to request a United Nations investigation to prevent a "whitewash" of the alleged crime.

The Committee to Protect Journalists, Human Rights Watch, Amnesty International and Reporters Without Borders said such a probe established by U.N. Secretary-General Antonio Guterres would finally clear up the affair.

But the United States, the Saudis' most powerful patron, has been in no rush to escalate the scandal.

Repeatedly giving the Saudi royals the benefit of the doubt, Trump and top officials have instead stressed that the U.S.-Saudi relationship is too important to put at risk.

Trump has repeatedly praised massive Saudi arms purchases, while Pompeo used much of his brief remarks on Thursday to recall Washington's "long strategic relationship with the kingdom of Saudi Arabia."