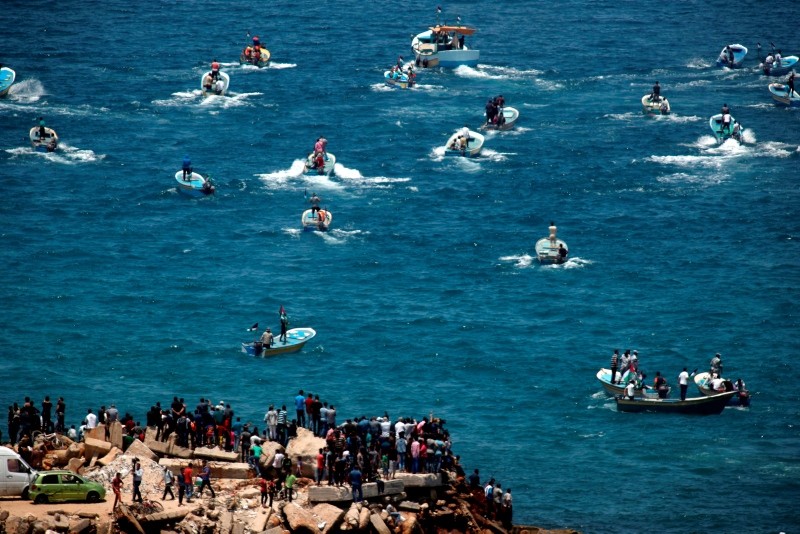 Multiple Palestinian boats set sail in northern Gaza as part of protests that attempt to pressure Israel to end the 12-year blockade on the seaside territory of the Gaza.

Palestinian protesters set tires ablaze near the strip's maritime border in northern Gaza, prompting Israeli forces to fire tear gas canisters to disperse them, according to an Anadolu Agency reporter.

More than 200 Palestinians have been killed and thousands more injured by Israeli army fire in anti-occupation protests in Gaza since March.

Protesters demand the right to return to their homes and villages in historical Palestine, from which they were driven in 1948 to make way for the new state of Israel.

They also demand an end to Israel's 12-year blockade of the Gaza Strip, which has gutted the coastal enclave's economy and deprived its more than 2 million inhabitants of many basic commodities.