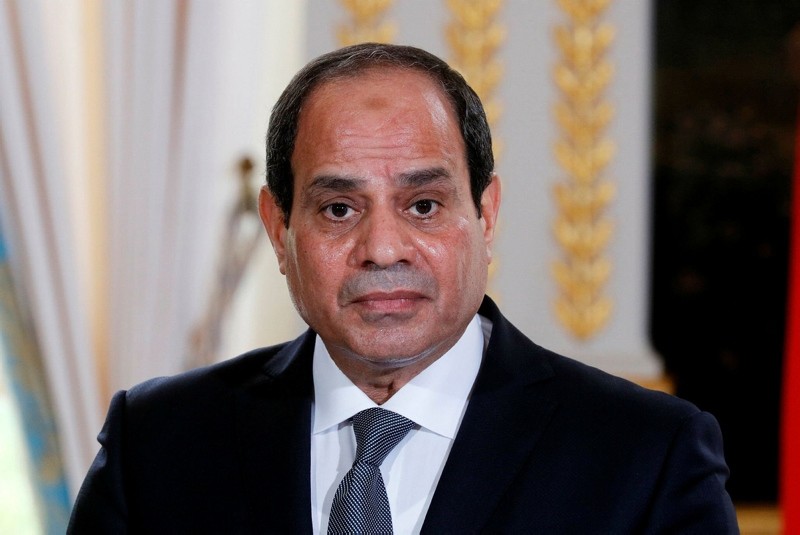 Egypt has arrested an award-winning economist and his publisher over a book that challenged President Abdel-Fattah el-Sissi's economic policies, a lawyer said Tuesday.

Prize-winning economist Abdel-Khaleq Farouq and his publisher, Ibrahim el-Khateib, were detained Sunday. Mohammed Abdel-Aziz, a lawyer for the author, said the two are accused of spreading "fake news," which carries a maximum penalty of three years in prison.

The book — entitled "Is Egypt Really a Poor Country?" — was posted online by activists. Authorities seized 185 copies of an initial 200-copy run, which had not yet been distributed.

Farouq blames the country's poor economy on what he calls the military's monopoly of power since 1952, when officers toppled the monarchy.

The book's thesis is primarily a repudiation of an assertion made by el-Sissi that Egypt was a poor country that could no longer afford costly state subsidies on key commodities and services, for decades a cornerstone of state policy to help the poor make ends meet.

In the book's introduction, the author claims that el-Sissi's assertion on Egypt's poverty "exposed blatant ignorance of the realistic and untapped capabilities in Egypt's economy and society and the lack of vision capable of exploiting these abilities and potential."

Egypt has waged an unprecedented crackdown on dissent since el-Sissi led the military overthrow of an elected but divisive president in 2013. Thousands of people have been jailed, mainly militants but also several prominent secular activists.

The government has banned all unauthorized street protests and has blocked hundreds of websites, including some run by independent media and human rights groups.

First elected to office in 2014 and now serving a second, four-year term, el-Sissi has made the economy the focus of his rule, with a hands-on drive for fiscal reform, improving infrastructure and the construction of new cities. In exchange for a $12 billion IMF loan secured in 2016, he ordered steep hikes in the price of fuel, government services and utilities. The measures fed popular discontent but did not spark significant unrest.

Egypt's parliament is packed with el-Sissi's supporters, and his Cabinet is entirely made up of loyalists, which means that the president's policies are never effectively challenged. He has on occasion bristled at criticism of his policies, once angrily yelling at a lawmaker who suggested postponing the lifting of state subsidies and on another occasion telling Egyptians to only listen to him.

In a televised address earlier this month, the 63-year-old el-Sissi boasted that he has for 55 years been closely monitoring "every detail, every part and every circumstance" in Egypt. His accumulated knowledge of the country, he said, has given him the will to take difficult decisions.

In the same address, he said Egypt would never realize its aspirations if the state continues to subsidize goods and services. If the rapid growth of the population — which has doubled to 100 million over the last 30 years — is not checked, then there will be no "realistic hope" for economic improvement, el-Sissi warned. "Can a nation prosper while facing such a challenge? How?"

Farouq's book, according to the text published online, offers suggestions for improving the economy based in large part on fighting graft and waste as well as tax and administrative reforms.