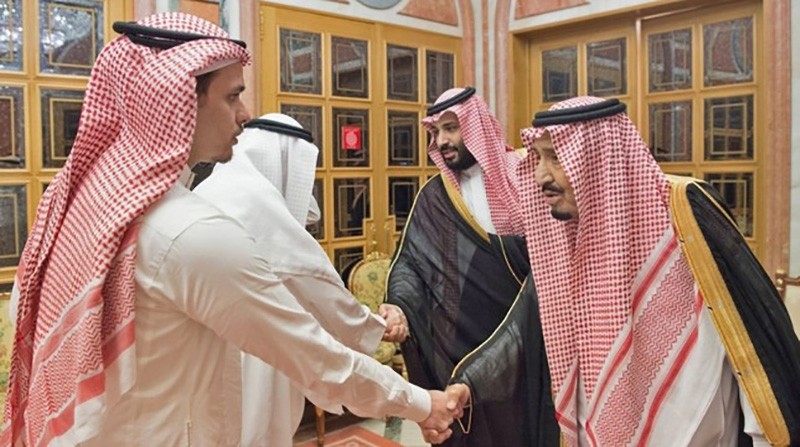 The eldest son of murdered Saudi journalist Jamal Khashoggi, Salah, and his family have left the Gulf kingdom after the government lifted a travel ban, Human Rights Watch said Thursday.

"Salah and his family are on a plane to (Washington) D.C. now," Sarah Leah Whitson, the rights watchdog's executive director for the Middle East and North Africa, told AFP, citing a family friend.

The U.S. State Department later confirmed that Salah Khashoggi was on his way to the U.S.

There was no immediate comment from Saudi officials, but Whitson said that they were apparently allowed to leave after a travel ban on Salah was lifted.

Salah, a dual U.S.-Saudi citizen, will be joined in the United States by his other siblings who are based there, friends of the family told AFP.

"Jamal's family needs a place to be together where they feel safe to mourn their beloved one," said Randa Slim, director of conflict resolution at the Washington-based Middle East Institute, who knew the slain journalist personally.

"It is tragic that it took his death to get the Saudi authorities to grant them the freedom to travel," Slim told AFP.

Salah Jamal Khashoggi and his uncle Sahl bin Ahmed Khashoggi were received Tuesday by Saudi King Salman and Crown Prince Mohammed bin Salman, who expressed their condolences over the killing of the dissident journalist.

Khashoggi, a Washington Post columnist and vocal critic of the crown prince, was last seen entering the Saudi consulate in Istanbul on Oct. 2.