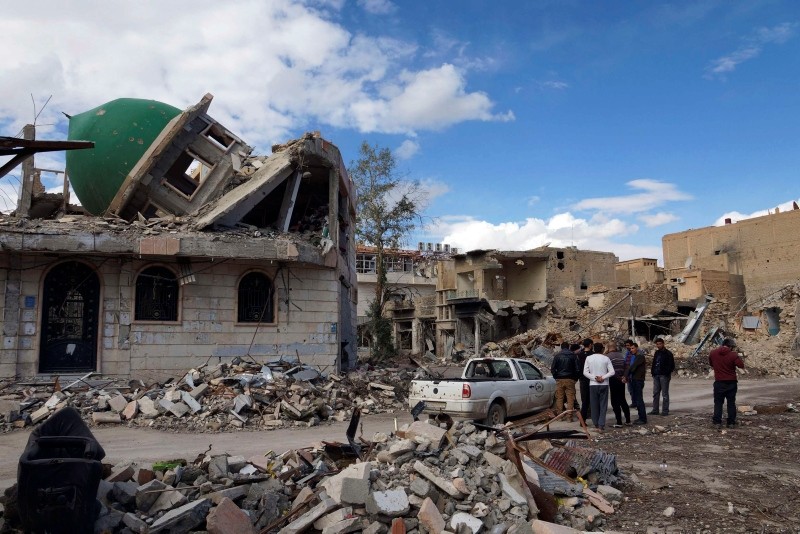 A group of Syrian Free Army activists inspect a damaged mosque at the Sheikh Yassine district area in the eastern city of Deir al-Zor February 16, 2013. (Reuters Photo)
by Daily Sabah with AA Oct 25, 2018 12:00 am

Zawiye was the third mosque to be destroyed in a week by coalition aircrafts and 53 civilians were killed as a result of aerial bombings.

Dozens were wounded and many remained under the rubble in the village in the eastern province of Deir el-Zour near the Iraqi border, Observatory chief Rami Abdel Rahman said.

With U.S. and French support, the YPG/PKK terrorist group recently launched an offensive against Deir el-Zour's city of Hajin to retake it from Daesh.

The number of Daesh terrorists now in Hajin is estimated at some 1,000 out of an estimated 2,500 throughout the entire Deir ez-Zor province.