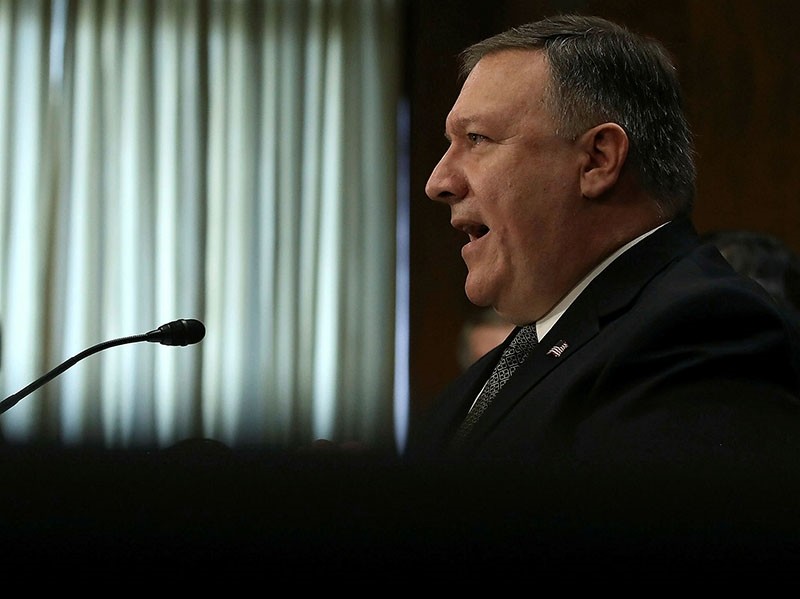 U.S. Secretary of State Mike Pompeo called on Tuesday for a cessation of hostilities in Yemen and said U.N.-led negotiations to end the civil war should begin next month.

In a statement, Pompeo said missile and drone strikes by Iran-allied Houthi rebels against Saudi Arabia and the United Arab Emirates should stop, and the Saudi-led coalition must cease air strikes in all populated areas of Yemen.

Yemen is one of the poorest Arab countries and faces the world's worst humanitarian crisis, exacerbated by a nearly four-year-old war that pits the Houthis against the internationally recognized government backed by Saudi Arabia, the UAE and the West.

"The time is now for the cessation of hostilities, including missile and UAV strikes from Houthi-controlled areas into the Kingdom of Saudi Arabia and the United Arab Emirates," Pompeo said, using an acronym for unmanned aerial vehicles.

"Subsequently, Coalition air strikes must cease in all populated areas in Yemen," he added.

The United States helps the coalition by refueling its jets and providing training in targeting. Pompeo said last month that he had certified to the U.S. Congress that Saudi Arabia and the UAE were working to reduce civilian casualties in Yemen.

U.N. special envoy for Yemen Martin Griffiths said earlier this month that the United Nations hoped to resume consultations between the warring sides by November.

Mattis, addressing a forum in Washington on Tuesday, defended U.S. efforts to help reduce casualties by the Saudi-led coalition and said all sides needed to take meaningful steps toward a cease-fire and negotiations in the next 30 days.

Mattis added that the Saudis and Emiratis appeared ready to embrace efforts by Griffiths to find a negotiated solution to the conflict.

"We've got to move toward a peace effort here. And we can't say we're going to do it sometime in the future. We need to be doing this in the next 30 days," Mattis said.

Pompeo said the consultations planned by Griffiths should start in November "to implement confidence-building measures to address the underlying issues of the conflict, the demilitarization of borders, and the concentration of all large weapons under international observation."

A cessation of hostilities and resumption of a political track would help ease the humanitarian crisis, Pompeo said.