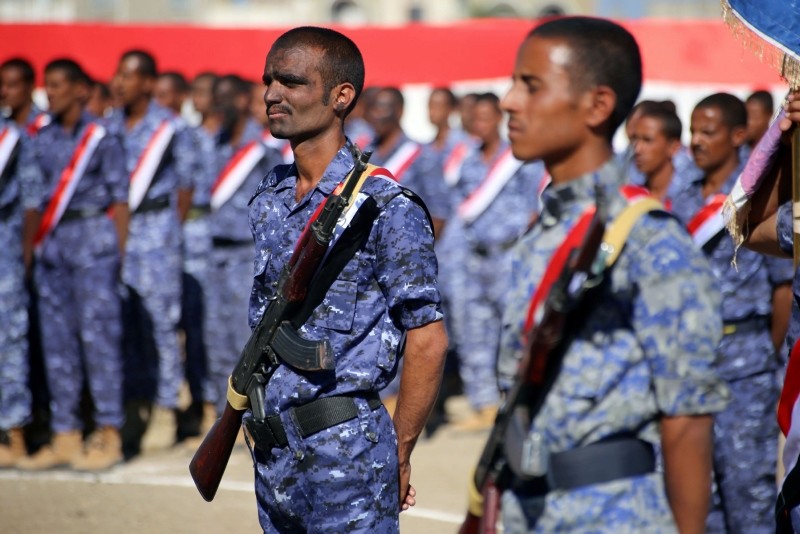 The Saudi-led coalition has massed thousands of troops near Yemen's main port city of Hodeidah, local military sources said on Wednesday, in a move to pressure Iranian-aligned Houthi insurgents to return to U.N.-sponsored peace talks.

The United States and Britain have called for an end to the 3-1/2-year war that has driven impoverished Yemen to the verge of famine, raising pressure on Saudi Arabia as it faces a global outcry over the murder of prominent Saudi journalist Jamal Khashoggi in the Saudi consulate in Istanbul on Oct. 2.

The military alliance of Sunni Muslim states led by Saudi Arabia and the United Arab Emirates has deployed forces around 30,000-strong south of Houthi-held Hodeidah and near its eastern entrance, pro-coalition Yemeni military sources told Reuters.

"Thousands of Yemeni soldiers trained by the coalition have been sent to the outskirts of Hodeidah in addition to modern weaponry including armored vehicles and tanks... in preparation for a big operation in coming days," said one source.

Residents told Reuters the Houthis had also deployed forces in the center of Hodeidah city, at the port and in southern neighborhoods in anticipation of an onslaught.

The coalition and the Houthis have not commented on the military movements.

The U.N. special envoy to Yemen is trying to salvage peace talks that collapsed in September, raising the risk of a renewed assault on the Red Sea city, the country's main port and a lifeline for millions of Yemenis reliant on humanitarian aid.

Envoy Martin Griffiths welcomed a call by U.S. Secretary of State Mike Pompeo on Tuesday for a cessation of hostilities ahead of U.N.-led negotiations scheduled to begin next month.

Britain also backed an end to the fighting, which has killed more than 10,000 people, according to available U.N. figures. Half the population of Yemen - some 14 million people - could soon be on the brink of famine, the U.N. says.

"We remain committed to bring the Yemeni parties to the negotiations table within a month," Griffiths said in a statement issued on Wednesday.

He urged the warring parties to resume consultations on a framework for political talks and confidence-building measures such as supporting the central bank and a prisoner swap.

Griffiths is hoping to announce a round of talks "as soon as he can but we're not at that stage just yet," U.N. spokesman Farhan Haq told reporters in New York on Wednesday.

The Western-backed Arab alliance intervened in Yemen's war, widely seen as a proxy conflict between Saudi Arabia and Iran, in 2015 to restore the internationally recognized government.

But after seizing the southern city of Aden, the alliance has made no major gains in its war to unseat the Houthis, who hold the most populous parts of Yemen including the capital Sanaa.

The WFP has enough cereals to assist 6.4 million of the neediest Yemenis for 2-1/2 months, with the aim to reach 8 million, he added.

Red Cross spokeswoman Sara Alzawqari said an estimated 3,200 families – some 22,000-28,000 people - were in need of basic necessities including food, water and shelter in Hodeidah, many having fled fighting in rural areas.

The UAE and Saudi Arabia have said that taking control of Hodeidah would force the Houthi movement to the negotiating table by cutting off its main supply line.

But a previous offensive on the city in June failed to accomplish any gains and the coalition halted the fighting to give U.N. peace talks in Geneva a chance.

The talks were abandoned when the Houthis failed to show up, accusing the coalition of blocking their team from traveling. The Yemeni government accused the group of trying to sabotage the negotiations.