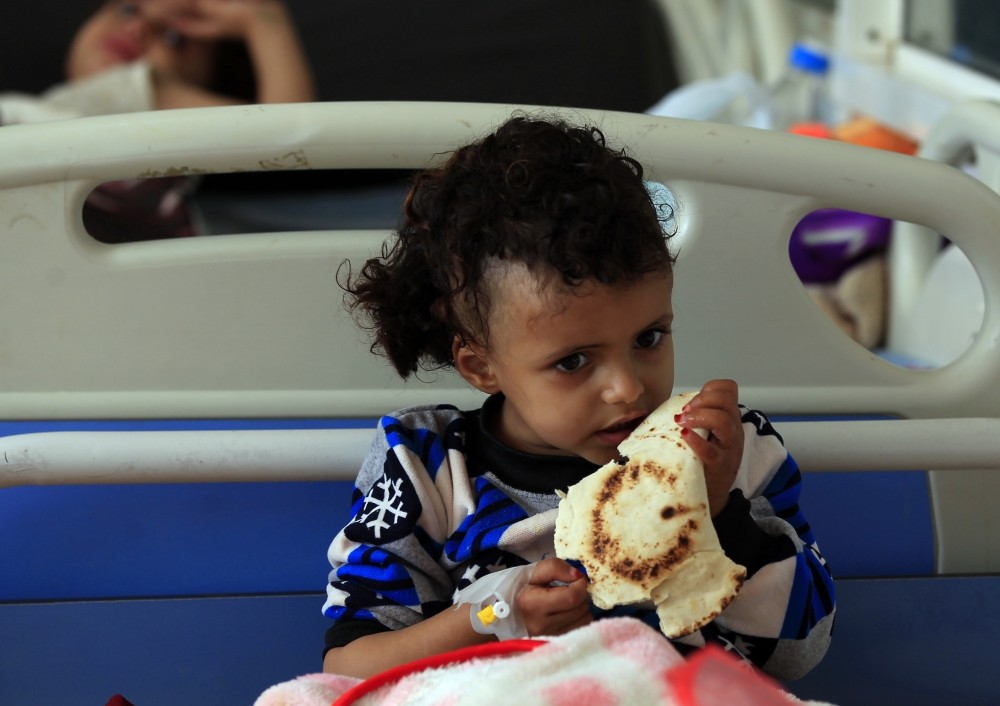 The U.S. has reiterated its call to end the war in Yemen but did not discuss the arms sales issue, while the U.K. defended its position on delivering weapons to Saudi Arabia

Following the murder of Saudi journalist Jamal Khashoggi in the Saudi Consulate in Istanbul, international outrage has targeted Saudi Arabia over its human rights violations and acts that defy international law.

Saudi Arabia's alleged human rights violations are not limited within the country but have already expanded beyond its borders, since there is an endless war in Yemen. The U.S. has made a call for ending the war, but there was no reference to the future of its arms sales to Saudi Arabia. U.S. Secretary of State Mike Pompeo and the Defense Secretary Jim Mattis on Tuesday urged an end to hostilities and recommencement of negotiations that collapsed in September.

The State Department deputy spokesman, Robert Palladino, on Wednesday asked the Iran-backed Shiite Houthi's to immediately stop missile strikes against Saudi Arabia and the United Arab Emirates. He also made a call to the Saudi-led coalition to halt airstrikes in populated areas. "We have come to the assessment that the climate is right at this time to move forward," he said.

It is uncertain whether it was the U.K.'s and the U.S.' attempts to console angry public opinion by making such a call or whether it was because of the mounting civilian casualties.

Yet, it is clear that neither the U.K. nor the U.S. has any intention to halt arms sales to Saudi Arabia. The two countries are the main arms suppliers to the kingdom, which uses them in the war in Yemen. British Foreign Minister Jeremy Hunt was outright on the arms sales issue. Stating that the call, made by the U.S. was apt, he said there were two reasons for considering the U.K.'s position in the Yemeni war.

"Firstly we do have a commercial relationship [with Saudi Arabia]. There are jobs in the U.K. [...] at stake so when it comes to the issue of arms sales we have our procedures," he said. As the second reason, he added, "We just have to be very careful about any action we take that there aren't unintended consequences."

Meanwhile, on the U.S. side, there were no statements regarding the arms sales despite increasing demands from the Congress for it to be halted.

The U.S. accounts for more than half of Saudi Arabia's arms imports, according to a research group, IHS Markit. The same group has documented that the arms sales of the U.S. amounted to $7.3 billion last year while it was less than $2 billion a decade ago.

Several Western countries, including the U.S., Canada, Germany, France, the U.K. and Spain, sell arms to the kingdom, which has been one of the world's largest arms importers. Since the war broke out in Yemen in 2015, procurement increased sharply, showing that the country has become heavily dependent on arms imports. Germany was the first country to declare that it would halt arms sales and called on others to make a similar decision. However, the Berlin administration remained alone, as there was no positive response to the call from any other country, except for Austria.