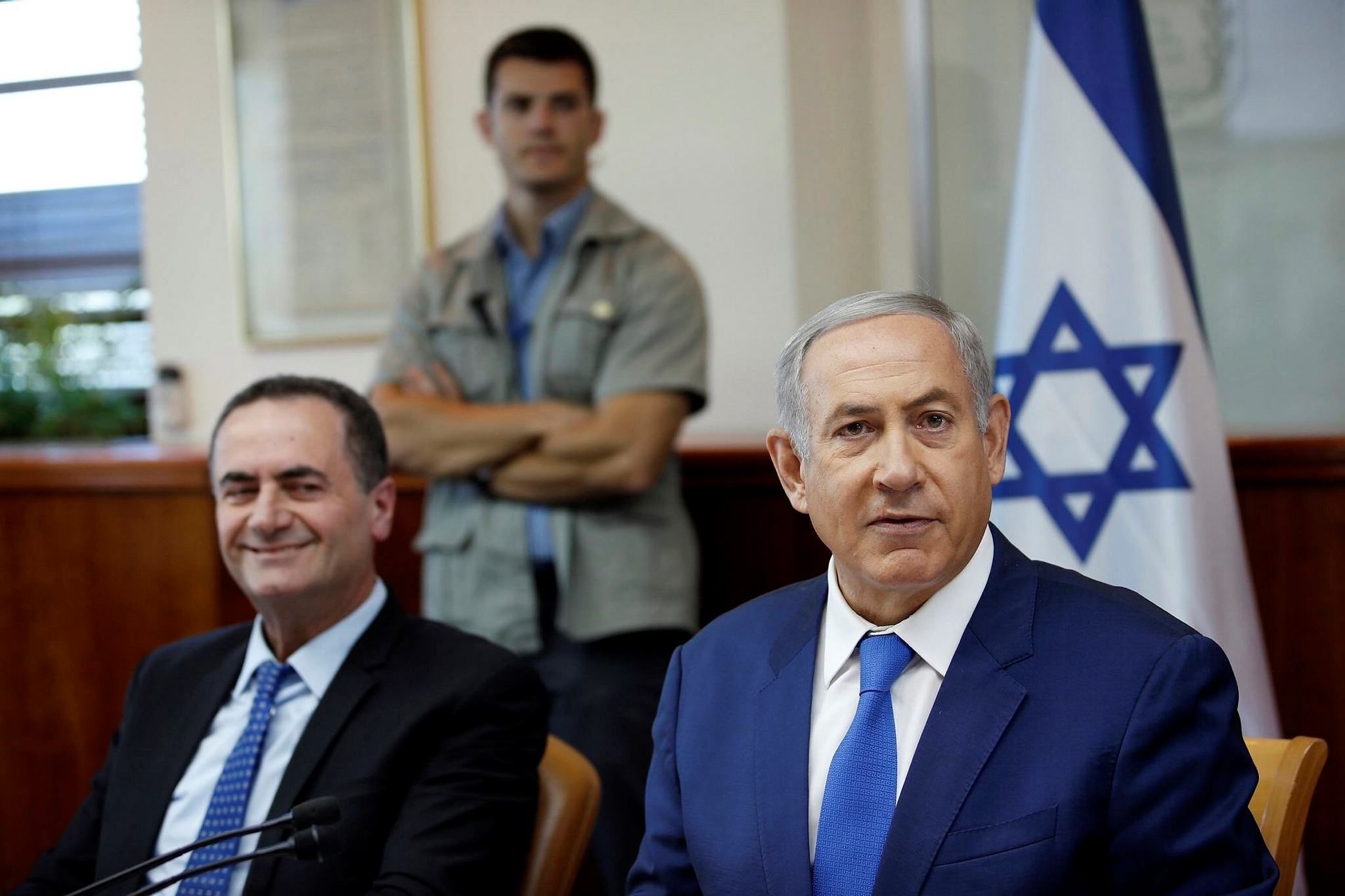 Following the Israeli Prime Minister Benjamin Netanyahuu2019s visit, the minister of transportation and intelligence, Yisrael Katz (L) arrived in Oman to push for a railway project.
by Daily Sabah with Wires Nov 07, 2018 12:00 am

Israel is promoting a railway project to connect it land and the Arab states, as part of the Gulf initiative that aims to curb its archrival Iran's influence in the region

Days after Prime Minister Benjamin Netanyahu visited Oman, a Muslim Gulf country that has no ties with Israel, the country's minister of transportation and intelligence, Yisrael Katz arrived Monday in the sultanate to discuss a proposal for a rail line that would connect between Israel and the Gulf States, in another display of warming relations between them.

Prior to his departure for an international transportation conference in Muscat, "This is a historical visit that will improve relations" between Israel and the Sultanate, Katz said, as reported by the Jerusalem Post. "I intend to present and promote our mutual initiative 'Tracks for Regional Peace' to connect the Gulf States to Israel and the Mediterranean sea," he added.

According to a map of a hoped-for rail network, the rail line stretches through Jordan and Saudi Arabia to the Gulf.

The apparent bolstering of relations with the Gulf comes as the U.S. pushes tighter sanctions on Iran. Although Israel has no formal ties with any of the Gulf States, they share a mutual concern over Iran and its nuclear program.

Netanyahu has launched an initiative to develop positive relations with Gulf countries, and especially with Saudi Arabia, Crown Prince Mohammad bin Salman, who is also referred to as MBS, is known for his soft stance toward Israel.

The two countries, namely Israel and Saudi Arabia, consider Iran the biggest threat to their security. Saudi Arabia believes Iran funds certain groups in Yemen as well as in Syria and Iraq, while Israel claims Iran and its proxies or supporting groups, like Hezbollah, are existential threats to its land.

Israel and Saudi Arabia agree that Iran must be stopped and its power must be curbed at any price. It is noteworthy that Saudi Arabia considers Hamas as dangerous as Israel since it believes the Muslim Brotherhood and its affiliates are a direct threat to it.

As part of Israel's new policy, Netanyahu last Thursday held surprise talks with Oman's Sultan Qaboos in Muscat, accompanied by the head of Mossad, according to Netanyahu's office. Netanyahu's visit is considered as an overture toward the Gulf.

Earlier, Israel's Culture and Sports Minister Miri Regev had toured the United Arab Emirates' (UAE) famed Sheikh Zayed mosque, its communications minister delivered a speech in Dubai and the Israeli national anthem was played at a judo competition in Abu Dhabi. Her visit to the UAE for a judo tournament last week demonstrated the country's new type of relations with the Gulf. Considering that Israel has full diplomatic relations with two Arab countries, Egypt and Jordan, these visits pose great significance in terms of the future of the region. For instance, Palestinian presidential adviser Mohammad Shtayyeh called the situation, after the visits "the start of a public normalization and the end of the Arab peace initiative."