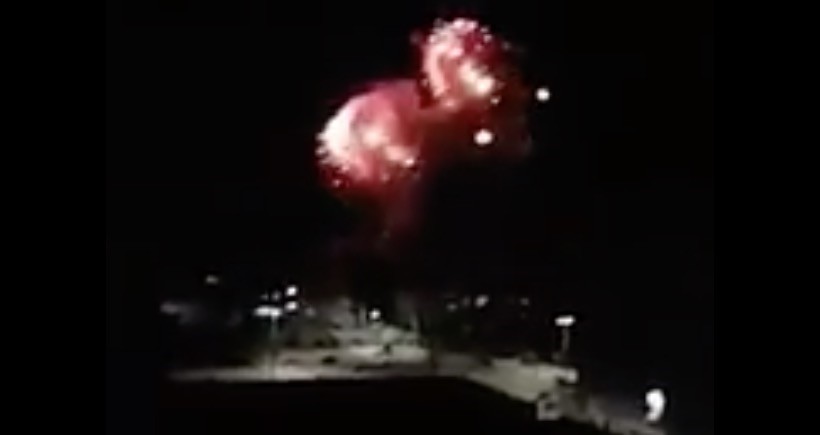 Screengrab from viral video showing the moments of bombing
by Compiled from Wire Services Nov 12, 2018 12:00 am

The Israeli military bombed the studios of Hamas's television station in the Gaza Strip on Monday after launching at least five non-exploding missiles nearby as warnings to evacuate, Palestinian officials and witnesses said.

There was no immediate word of any casualties in the air strike on Al-Aqsa Television, which followed a surge in cross-border fighting between members of Hamas, the Palestinian resistance group, and Israel.

Seven Palestinians were killed Sunday night, including a senior Hamas commander, when an Israeli military force staged an incursion into the southern Gaza Strip.

One Israeli soldier was reportedly killed and another injured in the raid.

Hamas said the Israeli actions dealt a blow to Egyptian, Qatari and U.N. efforts to broker a long-term ceasefire and ease an Israeli blockade that has deepened economic hardship in Gaza.

Israel and Hamas have fought three wars, the latest in 2014, since the group seized the Gaza Strip from forces loyal to Palestinian President Mahmoud Abbas in 2007.

Violence has flared regularly along the Israel-Gaza border since Palestinians began protests on March 30 to demand rights to land lost to Israel in the 1948 war of its creation.

Israeli gunfire has killed more than 220 Palestinians since the start of the demonstrations, which have included breaches of Israel's border fence.

Hamas said that during Sunday's fighting, assailants in a passing vehicle opened fire on a group of its armed men, killing one of its local commanders, Nour Baraka.