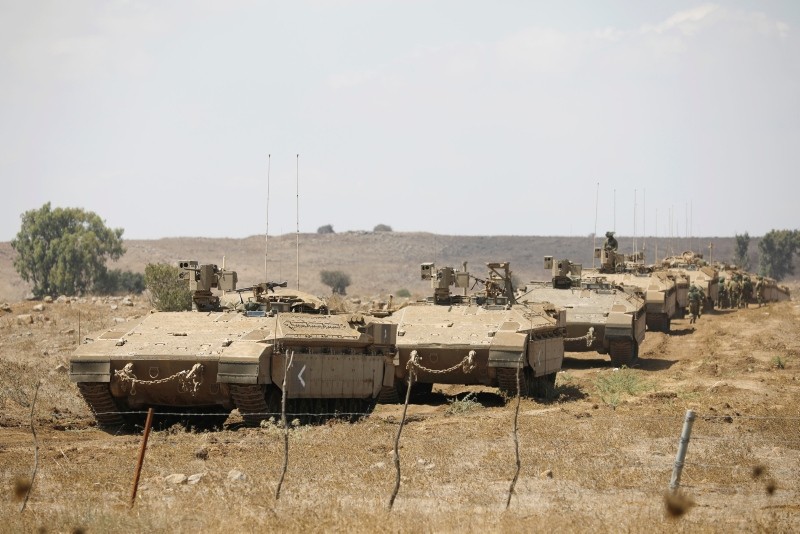 Israeli Prime Minister Benjamin Netanyahu on Sunday welcomed a U.S. decision to vote for the first time against an annual United Nations resolution condemning Israel's occupation of the Golan Heights.

"I would like to thank [U.S.] President [Donald] Trump and Ambassador [Nikki] Haley on this important and just vote that is completely in keeping with my policy," Netanyahu said at the start of a cabinet meeting.

The U.S. has voted for the first time against the U.N. resolution upholding Syria's right to the Golan Heights, which Israel captured during the 1967 war.

The General Assembly's decolonization committee voted 152-2 in favor of the resolution, with 14 abstentions. The U.S. previously abstained on the resolution, but on Friday it voted "no," joined by Israel.

The resolution calls Israel's laws, jurisdiction and administration of "the occupied Syrian Golan" to be "null and void."

The non-binding text was adopted in a General Assembly committee by a vote of 151 to 2, with the U.S. and Israel the only two countries opposing the measure. Fourteen countries abstained.

Haley called the resolution "useless" and "plainly biased against Israel," citing concerns about Iran's military role in Syria to oppose the measure.

In September, U.S. ambassador to Israel David Friedman said he expects the Golan Heights to remain under Israeli control "forever."