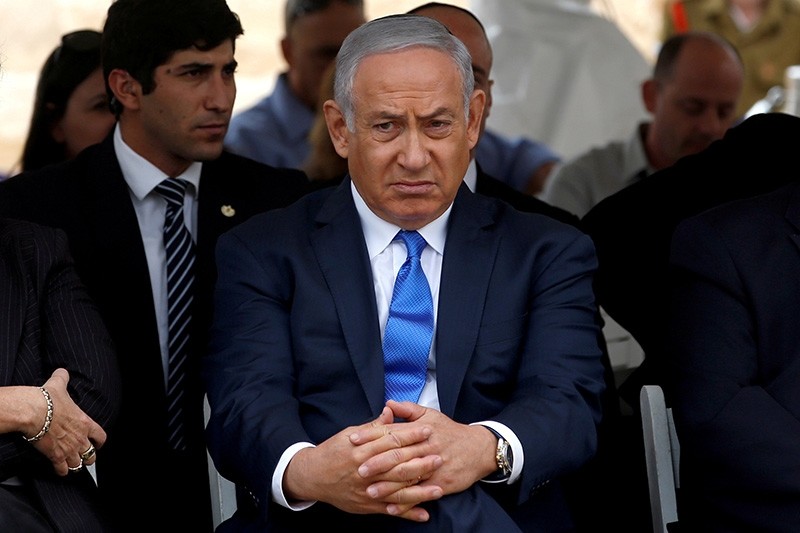 A meeting between Israeli Prime Minister Benjamin Netanyahu and Finance Minister Moshe Kahlon on Sunday aimed at resolving a coalition crisis ended "without results" and they will meet again this week, Kahlon's spokesman said.

"The meeting between the finance minister and the prime minister ended without results," the spokesman said in a statement. "The two agreed to meet later in the week."

Speaking in a televised address to the nation later Sunday evening, Netanyahu said calling snap elections now would be "irresponsible" as he vowed to push on despite the coalition crisis.

Netanyahu also said he would retain the defense ministry portfolio and work to convince his coalition partners to remain in the government.

The sudden coalition crisis was sparked by the resignation of Israel's hard-line Defense Minister Avigdor Lieberman, who had demanded a far stronger response last week to rocket attacks from Gaza. He alleges the truce will put southern Israel under a growing threat from Hamas, similar to that posed to northern Israel by Lebanon's heavily armed Hezbollah group.

The departure of Lieberman and his Yisrael Beitenu party leaves the coalition with a one-seat majority in the 120-member parliament. Netanyahu's other partners say that makes governing untenable and would leave the coalition susceptible to the extortion of any single lawmaker until elections scheduled for November 2019.

Education Minister Naftali Bennett, of the pro-settler Jewish Home party, has already threatened to bring down the government if he is not appointed defense minister. Kahlon says another year of such instability will harm the economy.

Netanyahu is trying to convince them to stay, and his Likud allies are already preparing to pin the blame on them if that effort fails.

"I think that there is no reason to shorten the term of a national government, not even for one day, and at this moment it's in the hands of the education minister and the finance minister," said Gilad Erdan, the minister of public security.

No Israeli government has served out its full term since 1988. Since then, elections have almost always been moved up because of a coalition crisis or a strategic move by the prime minister to maximize his chances of re-election.

Though Netanyahu has been reportedly flirting with the idea of moving up elections himself in recent months, the current timing is not ideal for him.

He has come under heavy criticism for agreeing to the Gaza cease-fire, especially from within his own political base and in the working-class towns in southern Israel that are typically strongholds of his Likud Party. But with Lieberman forcing his hand and the other coalition partners appearing eager to head to the polls he may not have a choice.

Most opinion polls show Netanyahu easily securing re-election, which would secure him a place in Israeli history as the country's longest-serving leader. But several factors could trip him up, including a potential corruption indictment that could knock him out of contention.

Police have recommended he be indicted on bribery and breach of trust charges in two cases and have questioned him at length on another. The country has long been eagerly awaiting the attorney general's decision on whether to press charges.

Netanyahu has angrily dismissed the accusations against him, characterizing them as part of a media-driven witch-hunt that is obsessed with removing him from office.