At least 52 Palestinian children killed by Israel this year 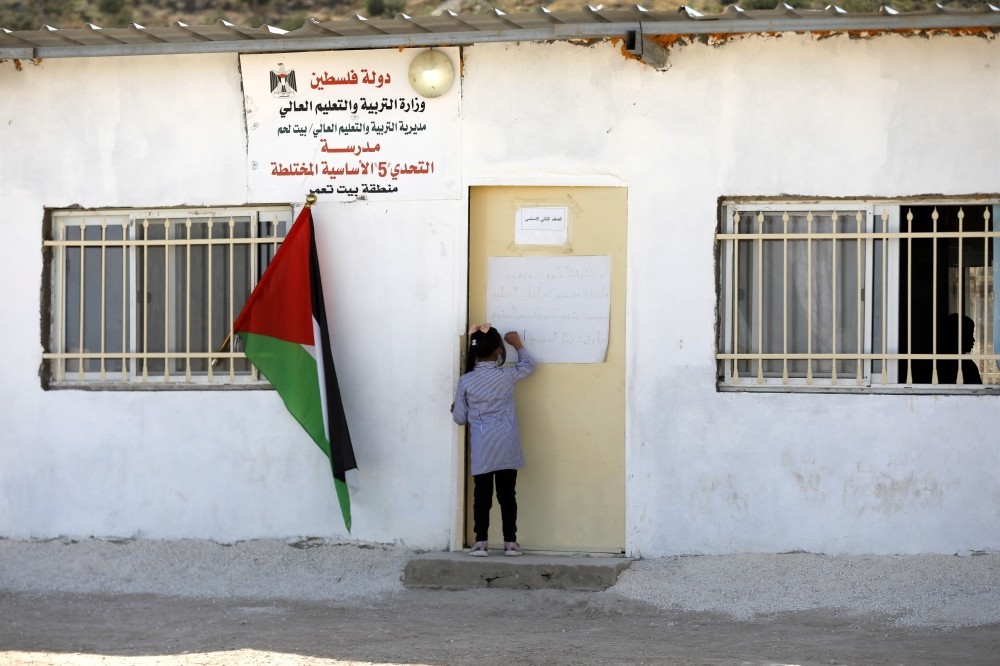 A Palestinian child knocks on the door of a school in the West Bank village of Jeb Deeb, near Bethlehem, Nov. 18.
by Compiled from Wire Services Nov 21, 2018 12:00 am

In clear violation of international law, Israeli soldiers' use of live ammunition has cost at least 52 Palestinian children their lives this year, a rights group reported

Israeli forces have killed at least 52 Palestinian children in the West Bank and Gaza Strip since the beginning of 2018, a human rights group said earlier this month. In a statement released on the occasion of World Children's Day, Defense for Children International-Palestine (DCI-P), which advocates for the rights of Palestinian children in the Israeli-occupied Palestinian territories, said 48 of the deaths occurred in the blockaded Gaza Strip while the rest had occurred in the Israeli-occupied West Bank.

The Geneva-based nongovernmental organization's Palestine branch went on to accuse the Israeli military of using excessive force, including live ammunition, against children. Among the children killed so far this year by Israeli troops, 18 were shot in the head, while another 21 were shot in the chest, neck or abdomen, according to the DCI-P.

Since March 30, thousands of Palestinians have taken part in ongoing rallies along the buffer zone, to which the Israeli army has responded with deadly force. Israel has faced international criticism for its response to the mass marches. Rights groups have branded open-fire orders as unlawful, saying they effectively permit soldiers to use potentially lethal force against unarmed protesters. In the face of growing criticism over Gaza border violence, the Israeli authorities earlier said that human rights laws do not apply to ongoing Palestinian protests along the Gaza Strip.

According to the U.N., during the border protests, over 1,000 children have been injured by Israeli forces in the besieged Gaza Strip during demonstrations, according to UNICEF. The U.N. body pointed out that some injuries had been severe and potentially life-altering, including amputations. The Palestine Liberation Organization (PLO) earlier called on the International Criminal Court (ICC) to launch an investigation into the killings of Palestinian children by Israel, while urging the international community to "break their silence towards the incessant crimes committed by the occupation army."

The Great March of Return began when hundreds of thousands of Palestinian demonstrators converged on the buffer zone separating Gaza from Israel. Israel has responded to the rallies, still held every Friday, with deadly force, killing more than 220 Palestinians and injuring thousands more. Israel was criticized by a U.N. human rights body for its killing of protesters in Gaza and for its treatment of Palestinians, declaring it a "war crime" under the Statute of Rome. The high casualty toll triggered a diplomatic backlash against Israel and new charges of excessive use of force against unarmed protesters.

In addition to the ongoing Israeli violence, a total of 270 Palestinian minors are currently languishing in Israeli detention facilities, according to the Palestinian Prisoners Society. The Israeli army frequently carries out wide-ranging arrest campaigns across the occupied West Bank on the pretext of searching for "wanted" Palestinians. Israeli treatment of Palestinian children in military detention has become a major area of concern for the international community.