Yemen peace talks to be held in early December in Sweden, US defense secretary says 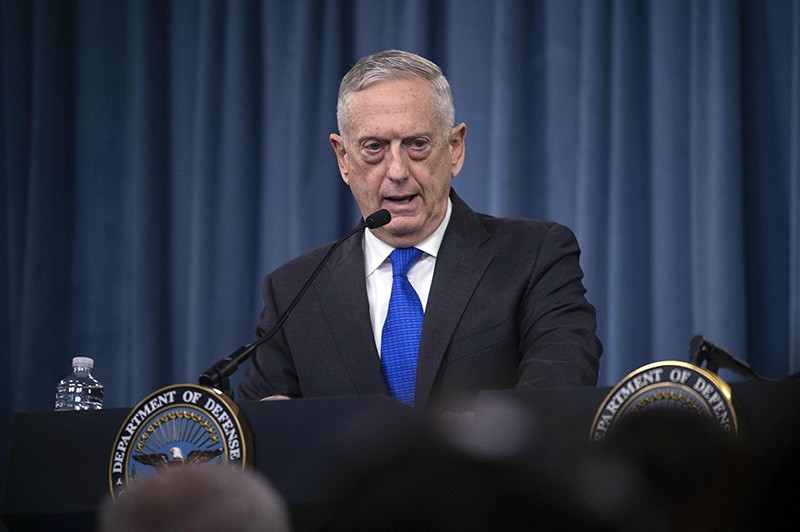 In this file photo taken on August 28, 2018, US Defense Secretary Jim Mattis holds a press conference at the Pentagon in Washington, D.C. (AFP Photo)
by Compiled from Wire Services Nov 21, 2018 12:00 am

Peace talks aimed at ending the war in Yemen have been set for early December in Sweden, between Houthi rebels and the U.N.-recognized government, U.S. Defense Secretary Jim Mattis said Wednesday.

Mattis said the Saudis and United Arab Emirates -- who have backed President Abedrabbo Mansour Hadi in the brutal three-year-old war -- "are fully on board, by the way."

"It looks like that very, very early in December, up in Sweden, we'll see both the Houthi rebel side and the U.N.-recognized government, President Hadi's government, will be up there."

U.N. Yemen envoy Martin Griffiths told the Security Council on Friday that Yemen's parties have given "firm assurances" they are committed to attending the peace talks.

The Houthis failed to show up to peace talks in Switzerland in September, leading to the collapse of that effort to end the fighting.

Mattis also said Saudi Arabia and the United Arab Emirates had ceased offensive operations around Yemen's key port city of Hodeidah and despite some fighting, the front lines had not changed in at least 72 hours.

Griffiths was in Yemen's capital Sanaa on Wednesday and was due to visit Hodeidah on Thursday, United Nations spokesman Stephane Dujarric said. Hodeidah port handles 80 percent of the country's food imports and aid supplies.

"He seeks to finalize the arrangements in the lead-up to the talks in Sweden and to revisit a U.N. supervisory role for the port and to draw attention to the continued need for a pause in the fighting," Dujarric said.

The Houthis have said repeatedly that they need stronger security guarantees from the international community that they will be given safe passage through the crippling air and sea blockade the coalition has enforced since March 2015.

Yemen has been wracked by conflict since 2014, when Shiite Houthi rebels overran much of the country. Saudi Crown Prince Mohammed bin Salman, the former defense minister, and Saudi Arabia's allies launched Operation Decisive Storm in March 2015. Riyadh has accused the Houthi rebel group of serving as a proxy force for Iran, Saudi Arabia's arch-foe in the region.

Civilians have borne the brunt of the conflict, which has killed over 10,000 people and sparked the world's worst humanitarian crisis. U.N. agencies say up to 14 million Yemenis are at risk of starvation if fighting closes the embattled port of Hodeida, a gateway for humanitarian aid.

In September, the Saudi-led coalition admitted that mistakes were made in an August airstrike that killed 40 children, an event considered an apparent war crime by the U.N. human rights body. Saudi Arabia's alleged human rights violations are not limited to that country but have expanded beyond its borders, since there is an endless war in Yemen.

The U.N. has made no progress in attempts to get the warring sides to negotiate a peaceful resolution to the conflict.