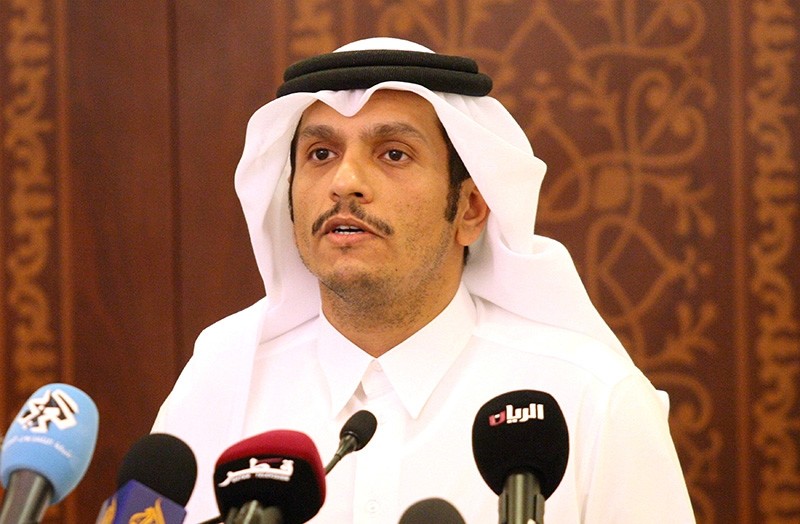 Qatar's foreign minister said Thursday his country saw no thaw in its bitter dispute with Saudi Arabia and would maintain its ties with Iran after the United States reimposed sanctions on Tehran.

Sheikh Mohammed bin Abdulrahman al-Thani also told an international conference in Rome that "whoever is responsible" for the murder of prominent Saudi journalist Jamal Khashoggi should be held accountable.

"Whoever is responsible for Khashoggi needs to be held accountable, whoever he is," the Qatari minister said. "We have to wait for the investigation to be concluded."

Saudi Arabia is facing its worst political crisis in decades over the killing of Khashoggi at Riyadh's consulate in Istanbul early last month, which has damaged the kingdom's standing and strained its ties with the West.

Sheikh Mohammed said the refusal of Saudi Arabia and its Arab allies to end a 17-month political and economic boycott of Qatar was "recklessness" that risked regional security.

Saudi Arabia, the United Arab Emirates, Bahrain and Egypt cut trade and transport ties with Qatar in June 2017, accusing it of supporting terrorism and their foe Iran. Doha denies the charges and says the boycott aims to impinge on its sovereignty.

"We still see them (Saudis and Emiratis) continuing with the same behavior, continuing not to be responsive to any attempt of the international community" to end the conflict, he said.

The United States has increased pressure on Riyadh to end its protracted dispute with Qatar following Khashoggi's killing to restore Gulf unity, which Washington sees as essential to containing Iranian influence in the region.

Sheikh Mohammed said Qatar would continue to deal with Iran, which helped Doha secure supplies when the boycott was first imposed, and was ready to mediate between Washington and Tehran.

"There is this dispute between U.S. and Iran, it's putting us in a situation in which we see a disagreement between our strongest ally and our neighbor, which is not comfortable," he said.

"There should be a way to find a bridge to mediate this problem, if Qatar can provide this bridge, why not?"