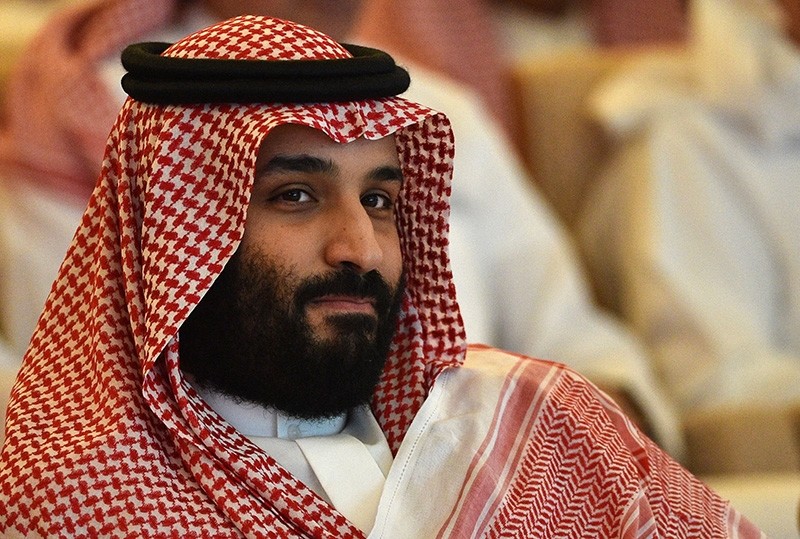 Saudi Arabia's Crown Prince Mohammed bin Salman left the kingdom on Thursday to visit a number of Arab countries, the Saudi Press Agency reported, his first trip abroad since the murder of journalist Jamal Khashoggi that caused a global outcry.

The prince, the country's de facto ruler, is also expected to participate in a G20 meeting in Buenos Aires at the end of the month which will be attended by leaders from Turkey, the United States and European countries.

The killing of Khashoggi, a Washington Post columnist and a critic of the crown prince, at Riyadh's consulate in Istanbul six weeks ago has strained Saudi Arabia's ties with the West and battered Prince Mohammed's image abroad.

King Salman asked his chosen heir to conduct the tour "based on his keenness to deepen the kingdom's ties regionally and internationally," the agency said.

Al-Arabiya TV said the prince would start his regional trip with a visit to the neighboring United Arab Emirates, a Gulf ally. Tunisian newspaper, Business News, said he is expected to visit Tunisia on Tuesday.

Saudi Arabia has said the prince had no prior knowledge of the murder of the prominent Saudi journalist. After offering numerous contradictory explanations, Riyadh said last week Khashoggi had been killed and his body dismembered when negotiations to persuade him to return to Saudi Arabia failed.

U.S. President Donald Trump said on Tuesday Washington would remain a "steadfast partner" of Saudi Arabia despite saying that Prince Mohammed may have known about the plan to murder Khashoggi.

Turkey reiterated Tuesday that it would not allow a cover-up of the investigation on Khashoggi's killing.

"The truth has to come out on who gave the instructions regarding his killing," Foreign Minister Mevlüt Çavuşoğlu told reporters in Washington following a meeting with his U.S. counterpart Mike Pompeo, adding that Ankara was not satisfied with the level of cooperation it has received so far from Riyadh as part of the investigation into what has been described as a "premeditated" and a "political" murder by many.

Çavuşoğlu reiterated that Turkey would take formal steps to seek a United Nations-led international inquiry into the incident if Ankara reaches an "impasse" with Riyadh.