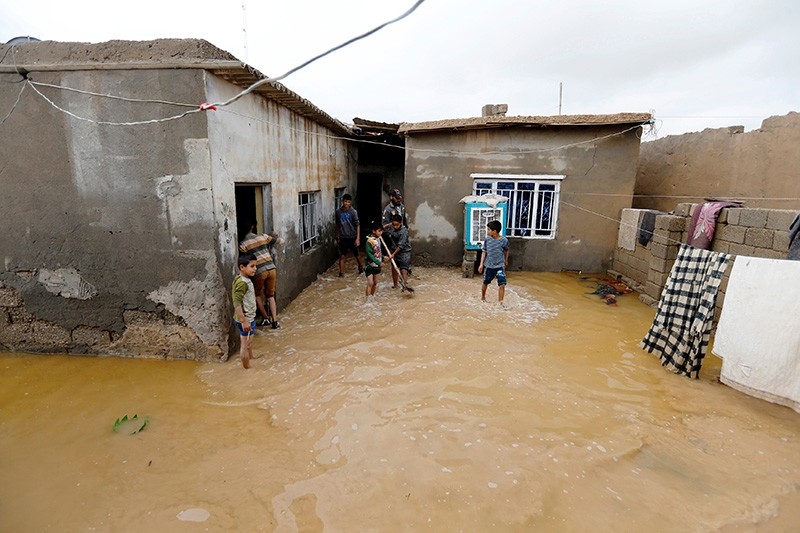 At least 21 people have died and dozens more have been injured as heavy rains battered Iraq over the past two days, the health ministry spokesman told AFP on Sunday.

Women and children were among the dead, Seif al-Badr said. Some had drowned, but others had died in car accidents, were electrocuted, or were trapped when their houses fell on them.

Meanwhile, local media reported that as many as 300 homes have been badly damaged by the floods, especially in Nineveh and Kirkuk provinces.

Also, heavy flooding inundated the town of Al-Shirqat in Saladin province, northwest of Baghdad, following days of heavy rainfall in the area.

Several countries in the region -- including Kuwait, Saudi Arabia and Jordan -- have been pounded by torrential rains in recent days that have left scores dead.